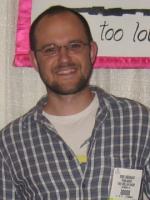 Eric Obenauf is the editor in chief and publisher of Two Dollar Radio. His writing has appeared in The Brooklyn Rail, The Rumpus, and other places. Eric has edited and published books that have been honored by the National Book Foundation, selected as Editors' Choice picks by the New York Times Book Review, and appeared on year-end best-of lists at O, The Oprah Magazine, NPR, The Believer, and Time Out New York.