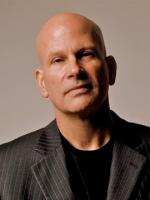 David Corbett is the award-winning author of the writing guides The Art of Character (“A writer’s bible” – Elizabeth Brundage) and The Compass of Character. He has published six novels, including The Long-Lost Love Letters of Doc Holliday, nominated for the Lefty Award for Best Historical Mystery, and scheduled for re-release in Spring 2020 by Suspense Press. His other novels include The Devil’s Redhead, Done for a Dime (a New York Times Notable Book), Blood of Paradise (nominated for numerous awards, including the Edgar), Do They Know I’m Running ("a rich, hard-hitting epic"—Publishers Weekly, starred review), and The Mercy of the Night (“Superlative” —Booklist, starred review). He has also published the novella The Devil Prayed and Darkness Fell, and the story collection Thirteen Confessions.

David’s short fiction and poetry have appeared in journals as diverse as Mission and Tenth, The Smoking Poet, San Francisco Noir and Best American Mystery Stories (2009 and 2011). He’s written numerous articles on the craft and theory of fiction for the New York Times, Narrative, Bright Ideas, and Writer’s Digest, where he is a contributing editor.

A longtime favorite here at LitReactor, he has also taught at the UCLA Extension's Writers' Program, 826 Valencia, and numerous writing conferences across the US, Canada, and Mexico, and is a monthly contributor to Writer Unboxed, an award-winning blog dedicated to the craft and business of fiction.