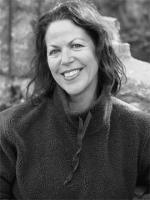 Dana Fredsti is an actress with a background in theatrical sword-fighting, whose credits include the cult classic Army of Darkness. Her favorite projects, however, included acting alongside Ken Foree (Dawn of the Dead) and Josef Pilato (Day of the Dead). She has been a producer, director, and screenplay writer for stage and film, and was the co-writer/associate producer on Urban Rescuers, a documentary on feral cats which won Best Documentary at the 2003 Valley Film Festival in Los Angeles.

Along with her best friend Maureen, Dana was co-producer/writer/director for a mystery-oriented theatrical troupe based in San Diego. While no actual murders occurred during their performances, there were times when the actors and clients made the idea very tempting. These experiences were the basis for her mystery novel Murder for Hire: The Peruvian Pigeon (Rock Publications, 2007). Dana also co-wrote What Women Really Want in Bed (Quiver Press) with Cynthia Gentry, their second writing partnership after Secret Seductions, for which Dana used the pseudonym Roxanne Colville.