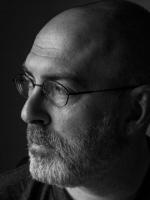 Brian Keene writes novels, comic books, short fiction, and occasional journalism for money. He is the author of over forty books, mostly in the horror, crime, and dark fantasy genres. Keene’s 2003 novel, The Rising, is often credited (along with Robert Kirkman’s The Walking Dead comic and Danny Boyle’s 28 Days Later film) with inspiring pop culture’s current interest in zombies. Keene’s works have been translated into German, Spanish, Russian, Polish, Italian, French, Taiwanese, and many more. In addition to his own original work, Keene has written for media properties such as Doctor Who, The X-Files, Hellboy, Masters of the Universe, Silverwood, and Alien. Keene also oversees Maelstrom, his own small press publishing imprint specializing in collectible limited editions, via Thunderstorm Books.

Keene also hosts the popular podcasts The Horror Show with Brian Keene and Defenders Dialogue, both of which air weekly on iTunes, Spotify, iHeartRadio, Stitcher, and elsewhere via the Project Entertainment Network.

Several of Keene’s novels and stories have been adapted for film, including Ghoul, The Naughty List, The Ties That Bind, and Fast Zombies Suck. Several more are in-development or under option. Keene also served as Executive Producer for the feature length film I’m Dreaming of a White Doomsday.

Keene serves on the Board of Directors for the Scares That Care 501c charity organization.