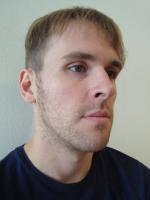 Blake Butler is the author of five book-length works of fiction, including Ever (Calamari Press), Scorch Atlas (Featherproof Books), There is No Year (Harper Perennial), Sky Saw (Tyrant Books), and 300,000,000 (Harper Perennial), as well as the nonfictional Nothing: A Portrait of Insomnia (Harper Perennial), and several books in collaboration. His short fiction, interviews, reviews, and essays have appeared widely, including in The Believer, The New York Times, Bomb, Bookforum, various anthologies, and an ongoing column at Vice. He is a founding editor of HTMLGIANT and currently serves as editor of the Fanzine. He lives in Atlanta.