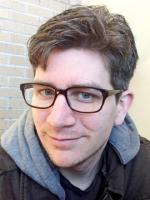 Andrew Shaffer is the New York Times bestselling author of the satirical thriller The Day of the Donald: Trump Trumps America and the parody Fifty Shames of Earl Grey. He has appeared as a guest on FOX News, CBS, and NPR, and his humor has been published in McSweeney's, Mental Floss, and Maxim. Shaffer attended the Iowa Writers’ Workshop for a summer semester and studied comedy writing and improv at Chicago's famed The Second City. An Iowa native, Shaffer lives in Lexington, Kentucky, with his wife, novelist Tiffany Reisz.