Bookshots: 'Since We Fell' by Dennis Lehane 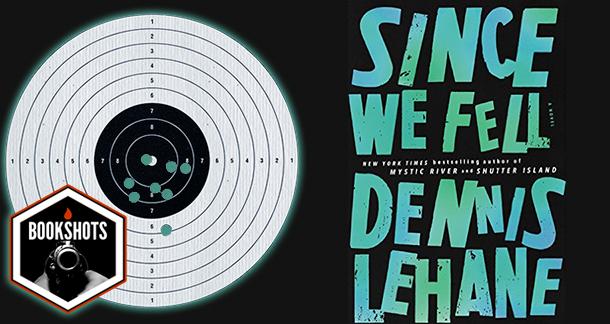 The pacing in 'Since We Fell' is bizarre, to say the least. I don’t think Lehane quite knew what he wanted to do with this book, and it shows.

Dennis Lehane, author of Mystic River, Shutter Island, and many others. If you’re a fan of crime fiction, you’ve probably read something he’s written. Hopefully not this one, though.

A journalist obsesses over the identity of her real father and finds herself involved in a real gosh darn conspiracy.

Long drawn out mysteries with tons of exposition and boring characters.

Rachel Childs, a journalist with a dead abusive mother and missing father.

There’s a lot of traveling in this book, especially to Haiti and Boston. Probably wouldn’t want to live in either place, or anywhere else that has to do with this novel.

The only people who ask questions like, ‘Did he want to be something besides a bartender?’ are people who can become whatever they want. The rest of us are just Americans.

I’ve been having a bad streak of boring books. I thought maybe the latest Dennis Lehane novel would cure me. It sadly did not. (Josh Malerman’s Black Mad Wheel turned out to be the antidote I craved, but more on that later this month.) When you think of mind-numbingly dull fiction, you typically do not think of Dennis Lehane.

Well, I have bad news for you. His latest one is a real letdown, unless your idea of a good time involves a person looking at photographs and asking a whole lot of questions. This book is over 400 pages, and it takes about half of those pages before the actual plot starts to kick in. That’s right, folks, we’re talking 200 pages of straight up background noise.

Some critics might try to excuse the first half of this book as a slow build-up flavored with complicated character development. While that’s technically true, it doesn’t make the book worth reading. Just because a book spends a great deal of time focusing on characterization, that doesn’t give it the right to sacrifice its entertainment value. In this novel, we follow a woman’s life from childhood to her thirties. Most of the events we witness during this journey do not really matter and probably could have been cut entirely without losing much coherency. The search for Rachel’s father is long and mostly unrewarding. Then, halfway through the novel, we take a sharp turn into a straight, by-the-numbers thriller that is a little less than thrilling.

The pacing in Since We Fell is bizarre, to say the least. I don’t think Lehane quite knew what he wanted to do with this book, and it shows.

Thanks for the honest review, Max. I didn't think Lehane was capable of writing an overly long, boring book. Now I'll read it just to confirm that he is, in fact, human. ;-)