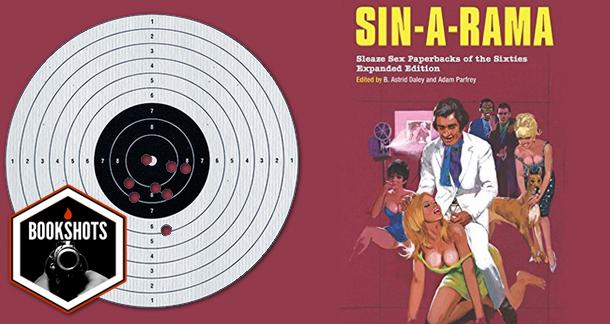 This thing will get you off your ass and in the mood to create something. Not just a sex book, but anything.

An examination of the lives of many writers, illustrators, and publishers from the 1960s who were involved in softcore sex paperbacks.

The people in this book were hungry for money, and they found a temporary way to strike it big. They were devoted and worked harder than most writers ever will. They were more than just smut-peddlers. They were goddamn artists.

I wasn’t sure what to expect with this book. The front cover is very graphic and the interior illustrations are even more NSFW. The first half of the book consist of essays and interviews all relating to literary erotica published in the 1960s, and the second half of the book is a series of book covers. So, really, it’s not that long of a read. However, I do admit it took me several weeks to finish it, on account of it being the kind of book you can't just walk around in public reading. Well, you can, and maybe you should, but I was on vacation visiting my parents for most of July, and I’m not quite sure how that conversation would have played out.

The best part of Sin-A-Rama is the very first essay: Robert Silverberg’s “My Life as a Pornographer”. In it, he details his journey as an author of sex books. Over a five-year career, he wrote 150 novels reaching at least 50,000 words each. He details how he came up with simple formulas that allowed him to knock out one-to-two books a month. The whole book reads like one long motivational guide. This thing will get you off your ass and in the mood to create something. Not just a sex book, but anything. Hell, even a sex book, I suppose.