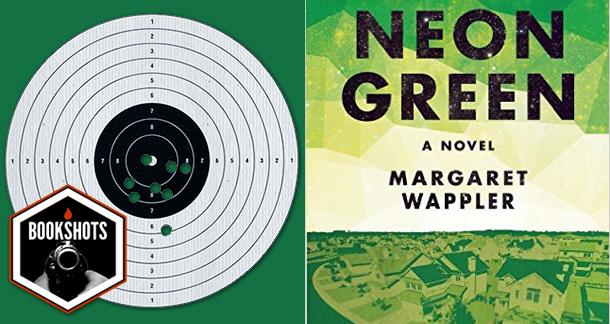 Margaret Wappler, a Los Angeles writer and journalist who co-hosts the podcast, Pop Rocket. Neon Green is her novel debut.

'Neon Green' is a playful and cynical genre-bender.

Imagine suburban Chicago in the 90s, except in this time warp, encounters with UFOs are normal. You can even enter a contest to win a nine-month visit from a flying saucer, which Gabe Allen does without his parents’ permission. When Gabe wins, a whole mess of trouble follows.

The X-Files and all things 90s nostalgia.

Prairie Park, a lovely Chicago suburb occupied by aliens and contaminated with carcinogens? Maybe not.

She wanted to hate him, so she tried on the hate.

When I picked up this book, I assumed there would be aliens. What I found instead was something unexpected: a family drama.

The key character of Neon Green is not the flying saucer, though it occasionally entertains by spewing green sludge or omitting the smell of pancakes or Indian curries. (The Allen Family Log tracks these quirks with hilarious precision.) Instead, Ernest Allen propels the novel forward with his paranoia, narcissism, and disregard for others. He is a difficult character to follow, almost impossible to understand.

One thing readers will sympathize with is this: when terrible things happen it’s comforting to have something to blame. Neon Green is a playful and cynical genre-bender. If you are looking for a book about alien invasions or cohabitation attempts, this isn't it. In Wappler’s debut you’ll find a story about family, illness, infidelity, and the shell of regret that stays when things go unresolved.