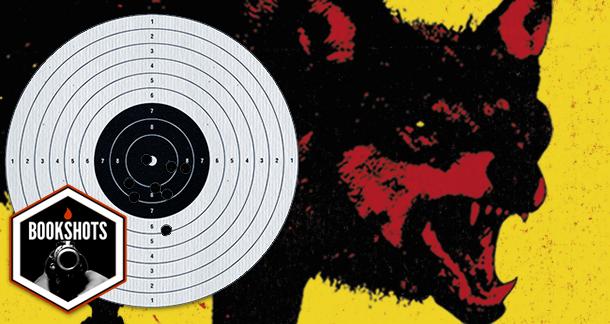 Not only does SGJ absolutely nail the coming-of-age story in a beautiful, addicting way, but he also digs deeper into the werewolf mythos than any other book or movie has in the past.

Stephen Graham Jones, author of All the Beautiful Sinners, Growing Up Dead in Texas, The Least of My Scars, Demon Theory, The Last Final Girl, and a shit-load of other wonderful books. The dude is a writing machine. When other people sleep, he’s sending off another book to his agent.

A young boy travels aimlessly in the South with his uncle and aunt, struggling to keep a low profile while maintaining a normal life. The uncle and aunt are werewolves, creatures of the moon. The boy? Well, that’s the question. Werewolves, they don’t get their fangs until their teenage years. And so far, the boy hasn’t shown many promising signs of transformation.

The Nephew—we’re never given his real name, but he goes by many aliases, such as the vampire, the criminal, the biologist, the mechanic, the hitchhiker, the prisoner, and the villager. All he wants is to get his fangs and run in the wild, but in the meantime he’s stuck worrying about school, crushes, and game show reruns.

Darren—the uncle. Wild and free. Like his sister, he’s taking any odd job that’ll have him, but this is one wolf you can’t tame. Teaches his nephew everything there’s to know about their kind, even if some of it isn’t entirely true.

Libby—the aunt. The sensible one of the family. Unlike Darren, she’s almost ashamed of her heritage.

The Nephew—Jacob Tremblay (the kid from Room). Most kid actors are terrible but this one is pretty good.

Darren—my gut says Sam Rockwell, because he’d be perfect, but that dude’s like 50 now, so I think we need someone a bit younger. Actually, you know what? Fuck it. Sam Rockwell was born for this part.

Libby—Tatiana Maslany, because she can play any role.

This is slightly more than a sentence, but it’s okay, the world won’t explode if I post more.

The hitchhiker’s uncle leans over the steering wheel with his whole body. 'Wolfsbane only grows in movies,' he says instead of a real answer. Then, special to the hitchhiker, 'Want to know the real poison for werewolves?'

The hitchhiker’s aunt looks over too.

“Mustard,” the uncle says, having to whisper it because it’s so deadly.

The hitchhiker tries to imagine it, having to eat mustard. It makes him laugh and gross out at the same time.

'Don’t listen to him,' the aunt says, close to the hitchhiker’s ear. 'Mustard’s good.'

He doesn’t believe her. He’ll always hate mustard, he promises himself.

You ever read a book and know from the first page that it’s going to be something special? A book that’s so good, you turn off your phone and hide in the woods and forget about all of life’s responsibilities? This is that kind of book.

Mongrels is a coming-of-age story about a young boy traveling through the South, accompanied by his aunt and uncle.  None of them stay in one place long, as werewolves typically struggle to settle down. Bouncing from trailer to motel to trailer, from school to funeral home to gas station, this is a novel about not fitting in. You could compare werewolves to minorities in America and you wouldn’t be off-track. Where do you go when you’re instinctively hated? How do you live when you can’t even get social security cards? Mongrels is a story about growing up in a world that never wanted you in the first place.

Not only does SGJ absolutely nail the coming-of-age story in a beautiful, addicting way, but he also digs deeper into the werewolf mythos than any other book or movie has in the past. He approaches the werewolf in a surprisingly logical and often humorous way. SGJ’s words are reasonable enough to convert the biggest skeptic into a believer. He’ll have you howling at the moon and digging through trash in no time.

Redd Tramp from Los Angeles, CA is reading Mongrels by SGJ; Sacred and Immoral: On the Writings of Chuck Palahniuk; The History of Sexuality by Michel Foucault May 15, 2016 - 10:23am

I just ordered it and am reading the first couple sample pages. Is this the same narrator as from Doc's Story in After the People Lights Have Gone Off?