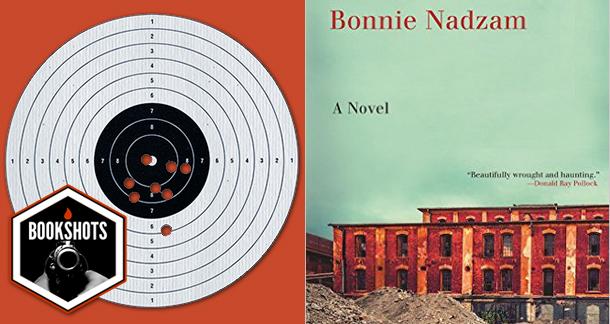 If you love Pollock’s 'Knockemstiff' as much as I do, then you’d be doing yourself a favor checking this one out.

Bonnie Nadzam, author of Lamb, which was adapted into an independent film starring Ross Partridge and Oona Laurence.

A 17 year-old girl dreams of moving away from her small hometown and starting college in the city.

The Death of a Small Town

But really, the leading character here is Lions itself. The town takes center stage, and it does so spectacularly.

Lions takes place in...Lions, a small town in Colorado, population 117. And yes, although it feels a bit too overpopulated to me. Chop it down by 116, maybe.

“I’ve been thinking that any wish, anything at all that a person might wish to have,” he paused--his father had not been a man of wishes--”is like a branch being offered to a drowning man.”

Lions is a novel short on plot and heavy on atmosphere. Not much happens in this book, but this is an intentional move by Nadzam to represent the idleness found in small towns across America. I thought I had grown up in a small town, but my town isn’t shit compared to Lions, Colorado. With a population of 117, nobody does anything without everybody else knowing about it. At the center of Lions is 17 year-old Leigh, a waitress with aspirations of living anywhere but home, and her boyfriend, Gordon, who panics at just the thought of leaving behind his father’s welding legacy.

Surrounding Leigh and Gordon’s coming-of-age tale are the other 115 citizens of Lions. Although we are not rewarded sneak peeks into every person’s life, we do receive our fair share, traveling like mist through the streets and combing through the various lives and ghost stories that inhabit every small town.

Lions is the story of the death of a small town. It begins with barely a population, and the count drops one by one as the book progresses. People die. People move away. People start again. And sometimes, people just straight-up disappear. Nadzam’s prose is beautiful and poetic, haunting and depressing. If you love Pollock’s Knockemstiff as much as I do, then you’d be doing yourself a favor checking this one out. It won't disappoint.