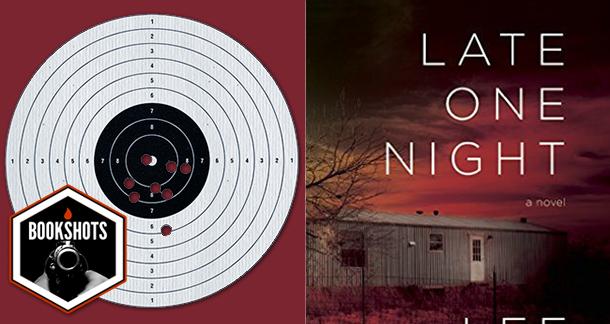 This is a fantastic example of how emotions lead the character, and how characters lead the plot.

Late one night (ha ha, get it? Like from the title!) Della Black’s trailer is burned down, killing Della and three of her seven children. Rumors speculate over who could have started the fire, all while a custody battle breaks out between Della’s husband, Ronnie (along with his pregnant mistress), and Della’s well-intentioned neighbors.

Bloodline, because of the intense family drama, or if you're looking for the prologue to an adult-version of A Series of Unfortunate Events.

Della, the mother of seven children who dies in the trailer fire. Not a spoiler alert, as it's detailed in the market copy on Amazon, plus it happens in the very first chapter. But through flashbacks we learn how strong of a character she really was, and how heartbreaking her lost feels for everybody in town.

Ronnie, the deadbeat husband and father who moves out of the trailer to live with his pregnant mistress. Coincidentally, the trailer burns down relatively soon after Della serves him divorce papers. HMMMM...

Della: I kept seeing Jennifer Lawrence as I was reading the book, so that’s a pretty good indication, I reckon.

Ronnie: I wanted to say Ben Mendelsohn, but I think he’s a bit too old to play the part. This is a young guy who had way too many kids at an early age. Think late 20's, early 30's. Emile Hirsch would probably deliver the right level of scumbag.

Having lived in a trailer park (one without working water!) off and on for a few months, I would say hell no. I think I’ll pass, thanks.

She was embarrassed that the burnt debris was still there for all the kids on the bus to look at. It was a sign of everything that had gone wrong for her family.

Late One Night centers around one unanswered question: Who burned down the trailer?

Because we’re focusing on answering just this one question, the plot can sometimes act just vague enough to irritate the reader. It likes to repeats the same night over and over from different perspectives--which, true, offers an interesting narrative, but can sometimes weigh redundant. There is a lot of rewinding in this book, and when the plot does go forward, it’s through a school zone.

Late One Night gives us a truly terrible premise. Terrible in the sense that it will fuck with your emotions. It will also anger you and remind you how dangerous and life-altering small-town rumors can be. The characters here are real people living real lives. None of them are perfect, and that’s what makes them so engrossing. This is a fantastic example of how emotions lead the character, and how characters lead the plot.