Bookshots: 'I Miss the World' by Violet LeVoit 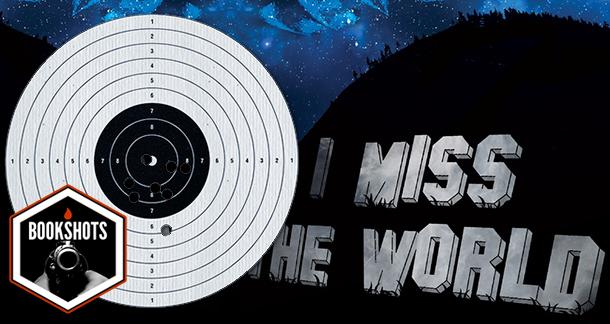 I Miss the World

Bleeds pessimism from every orifice and you can't stop yourself from absorbing every drop.

Violet LeVoit, author of what has to have the best book title in the world: I’ll Fuck Anything that Moves and Stephen Hawking.

A sister and brother reminisce about their past while walking through a cemetery.

The Sister - a casting agent.

The Brother - a set decorator.

Tough one. I kept imagining Helena Bonham Carter’s “Marla Singer” performance for the sister. As for the brother, maybe Rami Malek from Mr. Robot.

I’m pretty sure we all live in a cemetery eventually.

But it’s late and I’m tired and I know that nobody can force me to shave my eyebrows and the kale sausage bonfire cult doesn’t scare me and I’m going to bed.

It hits me so hard and so fast, this reflex I never knew existed, like how dogs yank their paw back when you try to hold it in your hand, this primal ‘don’t do it’ built within the organism that’s meant to save it, meant to keep you from starving to death when your paw gets stuck in a crevice.

I Miss the World is less of a story and more of an experience. We begin with a woman meeting her brother in the Hollywood Forever Cemetery, with the idea that one or both of them are on the run from the police. What follows is a single conversation that lasts throughout the night as they explore the graves of dead celebrities. What follows is a crushing journey into the beauty and horror of nostalgia. What follows is a rush of desperation for everything we lose in this world. This world that we all eventually miss. This world that holds a hate/love relationship over all of our heads.

I Miss the World is a novel for everybody and nobody. It bleeds pessimism from every orifice and you can't stop yourself from absorbing every drop.

Under no circumstances should you read this book in anything less than a single, uninterrupted sitting. There are no chapter breaks here, only a steady, insane flow of dialogue that requires your attention, requires your devotion.

Trust me. It is worth this and much more.