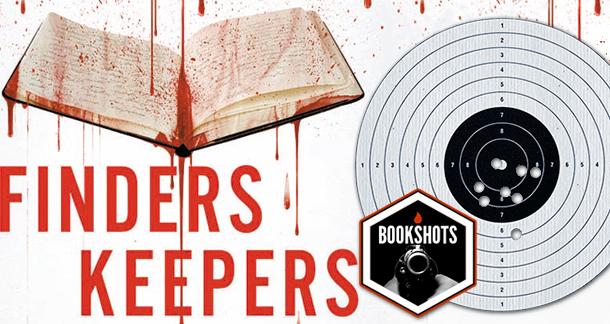 There is a little seed that King kept dropping throughout this second book, and it involves the killer from the first book, Brady Hartsfield. King hints that this man, who is now in a sort of vegetative, fugue state, may be more than he seems.

When a fan, Morris Bellamy, becomes furious at the way that his favorite protagonist is treated, he hunts down author John Rothstein, and kills him. He takes the money in the safe, but more importantly, a number of notebooks, which chronicle the continuing story of Jimmy Gold. But before he can read any of them, he gets arrested, and spends most of his life in jail, for rape and assault. When a young boy, Pete Saubers, decades later, finds the trunk with the books and money, it's a windfall for his family, who is struggling to make ends meet. When Bellamy finally gets released, the plot thickens, and the tension mounts, the danger coming home to roost.

Read This If You Liked:

Mr. Mercedes (the first book in the series), Joyland, or The Colorado Kid (all by King).

Morris Bellamy is the rabid fan, Pete Saubers is the boy trying to do his best to save his family, and then we are reintroduced to a cast of characters from the first book, retired detective Bill Hodges, and his crew.

Steve Buscemi as Morris, CJ Adams (The Odd Life of Timothy Green) as Pete, and Kevin Costner as Bill Hodges.

Typical small town living, sure, why not?

I've been a lifelong King fan and it'll take a lot for me to not pick up any of his books, since I've read more than 50 of them to date. Is this book going to blow you away? No, I don't think it will. It's a good book, but not a great book, and I'm not sure why it falls a bit short. Maybe it's unfair of me to compare this book to his entire body of work, but I can't help doing that. So, where would I rank it among all of those titles? Somewhere toward the bottom third, I think. Not because it's BAD, but because so much of his work is GREAT, in my opinion.

A lot of this book feels familiar: a young boy in trouble, a bad guy who isn't particularly unique, set in a small town, where things get dark and dangerous, tension scattered throughout. I wish he'd put more dysfunction into Morris, the bad guy, and given us a few more twists and turns along the way. I'd say it wasn't even as good as Mr. Mercedes. But, I did enjoy it, as much as I enjoy a Big Mac and fries, with an ice-cold Coke. But was it fulfilling, inspiring? Not really.

It's also hard to judge a trilogy, right? I mean, we're only getting part of the picture. I really DID like Mr. Mercedes a lot, and I think the third book in the trilogy, End of Watch, might be the best. There is a little seed that King kept dropping throughout this second book, and it involves the killer from the first book, Brady Hartsfield. King hints that this man, who is now in a sort of vegetative, fugue state, may be more than he seems. The water turns on in the bathroom, on its own. A woman, a nurse at the hospital, kills herself, and it's implied that Brady may have suggested she do that, some sort of power over her.

So, that's the reason I'll continue. I want to see what King does with Brady and Bill, and the rest of the cast. So, I'll pull my car up to the drive-through window, and it will trigger that Pavlovian salivation, my hunger, but as I scan the menu, deciding between the #1, the #2 and the #3, I'll be looking for something special, something new, maybe not even on the menu. King can do it, he's done it dozens of times before, and as a CONSTANT READER, I'll tune in, hoping he captures lightning in a bottle once again.

Bookshots: 'The Rim of Morning' by William Sloane

Currently reading this and I agree....it's good....but not great. I liked Mr. Mercedes as well, and I am looking forward to the third book to wrap it all up. As far as King is concerned, nothing tops Salems Lot for me....probably because it was my first SK book...and it terrified me as a kid.