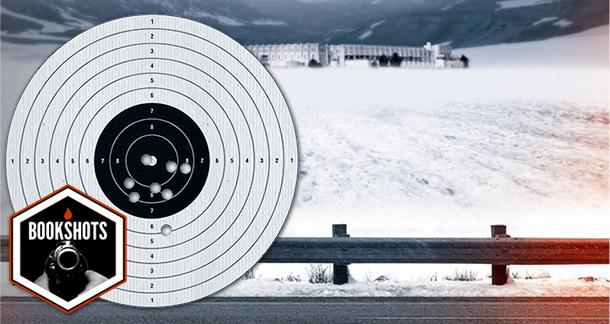 [Clifford dives] straight into the plot, dragging his readers into a conspiracy so enthralling they won’t be able to put the book down until they’ve unraveled all the knots.

Joe Clifford, author of the beautiful heroin addiction memoir, Junkie Love, and the wonderful small-town crime novel, Lamentation. He is also the acquisitions editor for Gutter Books, managing editor of The Flash Fiction Offensive, and producer of Lip Service West, a "gritty, real, raw" reading series in Oakland, CA. Dude’s got a lot going on.

Set one year after the events of Lamentation, December Boys follows Jay Porter as he continues to deal with the death of his brother, Chris. Jay now has everything he could want, minus a brother: a wife, a son, and even a decent job. Of course, this a crime novel, and nothing gold can stay, although it might be a stretch to claim anything in the world of Jay Porter has ever truly been gold. Porter is attracted to conspiracies like bees to pollen, and when a new one presents itself while working his new insurance job, his life quickly begins spiraling out of control.

Lamentation, obviously, but also anything by Gillian Flynn.

Jay Porter, an insurance investigator whose entire life has consisted of disappointment and grief. He lost his parents at a young age and, recently, also his brother. In December Boys, he continues this trend of lost.

Nikki, a young college intern who helps Jay investigate a conspiracy about a scandal involving first-time juvenile offenders being shipped to private institutions for political kickbacks.

There is a lot of driving through various towns in New Hampshire, but the majority of the plot once again takes place in Lamentation. It’s a small-town, seemingly more bars than people. I was raised in a very similar town and, while it has many, many, many terrible qualities, there’s still a sense of home in such a town not found anywhere else.

The inside of his car smelled like a rat had died in a bag of McDonald’s French fries.

If you enjoyed the first entry in the Jay Porter series, Lamentation, then you’ll love the follow-up. Hell, even if you’ve never read Lamentation, you can still enjoy December Boys. It takes place a year after Lamentation and doesn’t rely too heavily on the past events to tell a new coherent, thrilling story. December Boys is gritty and addicting. Clifford doesn’t waste any time diving straight into the plot, dragging his readers into a conspiracy so enthralling they won’t be able to put the book down until they’ve unraveled all the knots. December Boys drowns in snow, and this cold will cut straight through you in more than one way.