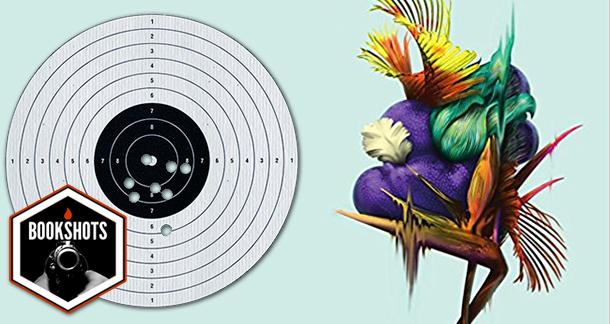 I instantly fell in love with 'Borne,' and also Borne the character, and I’ve no doubt in my mind you will as well.

A woman named Rachel mothers a strange and wonderful sea anemone discovered in the fur of a giant flying bear that routinely terrorizes her city.

Rachel, a scavenger who discovers Borne.

Borne - Borne is Borne. I could never describe Borne with justice. Read the book.

Borne - This would require voice only, with the actual physical representation being some sort of CGI. Voice-wise, I really want to say H. Jon Benjamin just because imagining it is making me laugh a whole lot, but no, he would be a terrible choice. I don’t know who would be good. Someone kinda childlike almost. Maybe Donald Glover?

A desolate city being terrorized by bears and mutated children? Only if I can be a bear.

I picked up this book expecting something completely different than what I read, but I was not left disappointed. At its heart, Borne is a story about motherhood. How far mothers will go to protect their children. How a mother’s life changes for the better, and for worse, as she adapts to this new creature, this new person. It’s also a story about identity, about what makes a person a person. Have you ever stopped and truly considered it? If not, Borne will definitely get the contemplations rolling inside that little noggin of yours.

This book falls under the same category as movies like The Iron Giant and E.T. Although, instead of a child taking care of an alien or robot, we have a badass woman tending to...something unnatural, but also, at the same time, more natural than anything that’s ever existed. Plus, as previously mentioned, there’s a giant fucking bear tearing shit up. As usual, VanderMeer’s worldbuilding is concrete, and to read this book is to take a small vacation into another world.

I instantly fell in love with Borne, and also Borne the character, and I’ve no doubt in my mind you will as well.

This is a must-read.

Looking Back: Your Personal Year-End Review

Off The Grid Reads: 'The Weird' Edited By Ann & Jeff VanderMeer

Joshua Chaplinsky from New York is reading a lot more during the quarantine April 25, 2017 - 10:23am

Loved the character of Borne and his relationship with Rachel. Especially loved him learning and trying to understand things. Great character work.