‘Y: The Last Man’ to be Directed by Dan Trachtenberg 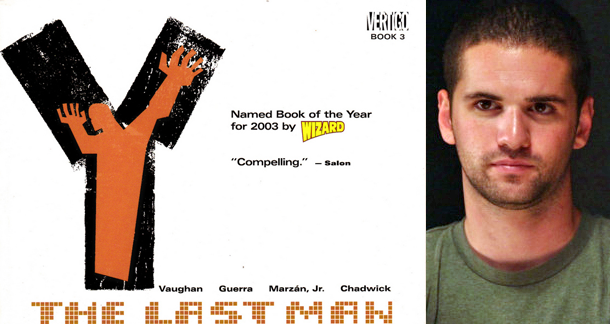 Dan Trachtenberg has been announced as the director of Y: The Last Man by New Line Cinema. The movie is based on the comic series created by Brian K. Vaughan (Lost, Pride of Baghdad, Ex Machina) and Pia Guerra which ran from 2002-2008 and won 3 Eisner Awards. The series has been on Hollywood’s drool-list wishlist for a few years now.

In 2002 something, called a ‘plague’ in the series, kills every male mammal on the planet. That is all but one man, Yorick Brown and his (male) Capuchin monkey. Society goes to hell as all the women attempt to come to terms with the loss of the men and the pending extinction of the human race. The series follows the attempts to find a cure-- by cloning, impregnation or other means-- and has quite a few twists and turns before the dénouement. To put it simply, it’s pretty epic.

Y: The Last Man would be Trachtenberg’s first feature film, although he made waves with his short film Portal: No Escape – it’s generated millions of views on YouTube and is probably what got him Y...

There’s no word on whether Trachtenberg will be using the existing script (Matthew Federman and Stephen Scala, writers of discontinued series Jericho, were last to work on rewriting it), or whether it’s the start of a series or a one-off.

I don’t know about you, but I’m looking forward to it. What do you think?

Dwayne from Cincinnati, Ohio (suburbs) is reading books that rotate to often to keep this updated January 13, 2013 - 5:25pm

I loved the series, it is so through on closing the obvious loop holes. Frozen sperm that can make men, fetuses, it got it all.