Wright, Depp, and Gaiman Team Up for ‘Fortunately, The Milk’ Adaptation 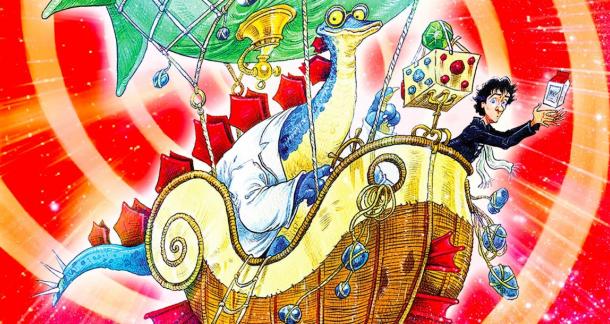 Some of you may remember the recent hubbub over author Neil Gaiman’s television adaptation of American Gods. Well, now there’s something for his pint-sized fans to get excited about, because his epic children’s book, Fortunately, the Milk, is getting the big screen treatment, reports Nerdist. Gaiman’s name isn’t the only one attached to the project, though; both Edgar Wright and Johnny Depp have signed on under various roles.

Wright is slated to direct the adaptation, while Depp will both act in and produce the film. The script will be penned by Bret Mackenzie. Fortunately, the Milk is planned to be a combination of live action and animation.

The story is “a whimsical tale of a father who leaves one morning to buy milk and returns home with fantastic stories about his aliens, pirates, and time travel,” all of which he recounts to his son.

Will you be bringing your kiddos to see the movie once it hits theatres?

You never know, might make me a Gaiman fan. I know I enjoyed Wolf In The Wolves.

But generally prefer darker children's movies like Saving Mr. Banks for example. In how they approach real issues youth face, and the darkness thereof.