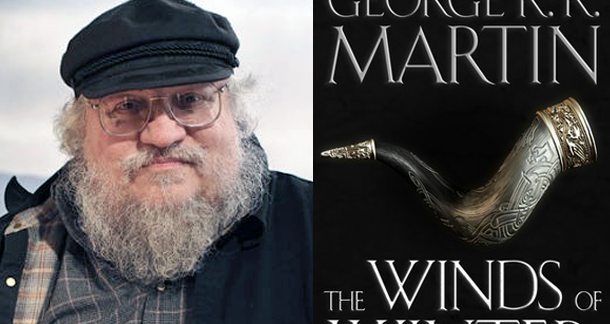 George R.R. Martin, writer of the epic Song of Ice and Fire series has posted a new chapter of the upcoming installment, The Winds of Winter, on his blog. He called it “a somewhat belated Xmas/ New Year’s gift”, that his fans were “clamoring” for.

Simply entitled Arianne, the excerpt is told from the perspective of Princess Arianne Martell of Dorne. The character has appeared before, briefly in A Storm of Swords, then was introduced more fully in A Feast of Crows.

Confusingly, this chapter replaces the previous one Martin released altogether.

Before you get too excited, there's a catch. Instead of complementing the chapter Martin released last year, told from the perspective of Theon Greyjoy, this one will apparently replace that chapter.

I’m getting deja vu, it has to be said, as he did something very similar last time he released a teaser chapter. And if he’s replacing chapters, is he making any progress?

There is still no news of a release date for Wind… Martin estimates the book will exceed 1,500 pages, although he’s only finished 500 to date. Speculation on the web is that a release in 2014 is “optimistic”. Martin has angered fans in the past by underestimating the length of time it takes him to write a complete book, so I wouldn’t hold my breath. He has stated he wants to finish it before the TV series catches up. Good luck.

That’s one of the things I can’t stand: starting to read a series before the author has finished it and the (what feels like a) interminable wait for them to finish it. Should Martin concentrate on finishing this series, just to appease the fans? After all he is getting on a bit.

You can read the new chapter here.