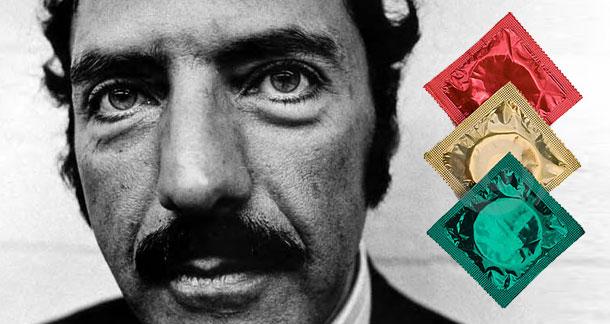 William Peter Blatty's status rests almost entirely on his authorship of The Exorcist, famously set in and around the Catholic Georgetown University in Washington, D.C., and featuring a Jesuit lecturer as its protagonist.  Blatty graduated GU in 1950, a year after he read the newspaper reports about the possession and exorcism of Roland Doe that would inspire his bestselling 1971 novel.  Now Blatty is preparing a canonical lawsuit against his alma mater, claiming that its currently open-minded attitude to reproductive rights means it's no longer entitled to call itself a Catholic institution.

He's inviting GU alumni to sign his online petition to "Make Georgetown Honest, Catholic and Better."  He believes Georgetown should comply with Pope John Paul II's 1990 Ex Corde Ecclesiae, which basically orders Catholic universities to submit to rulings by their local bishops, who take their orders direct from the Holy See.  Understandably, a number of American Catholic universities, anxious to attract the best faculty and students whatever their beliefs, prefer to comply with their own 'Land O' Lakes' Statement, drafted in 1967. Among other things, this guarantees

In a Catholic university all recognized university areas of study are frankly and fully accepted and their internal autonomy affirmed and guaranteed. There must be no theological or philosophical imperialism; all scientific and disciplinary methods, and methodologies, must be given due honor and respect."

The Land O' Lakes Statement also suggests that Catholic universities have a duty to be the "critical reflective intelligence" of the Church, and states

"Continual examination of all aspects and activities" sounds like a sensible strategy for an institution that is 2000 years old and plays by a rulebook that predates pretty much every single aspect of modern society.  Unfortunately, before he landed his current gig as Pope Benedict XVI, Cardinal Joseph Ratzinger headed up the Congregation for the Doctrine of the Faith (the Inquisition rebranded) and was known as the Enforcer for the way he insisted on strictly traditional interpretations of canonical law.  Now that he's top of the heap at St. Peter's he remains true to his history as "the Panzercardinal" and has set about imposing a much more fundamental kind of Catholicism, one that comes perilously close at times to reversing the revolutionary changes of Vatican II.

Ratzinger and Blatty are the same age, so the current Pope probably remembers the glory days of The Exorcist's first publication with fondness.  The book had the official Vatican seal of approval and was praised as "a 350-page thank you note to the Jesuits" - it generated some of the best press the Catholic Church has ever had.  Positioning Blatty as a figurehead for this anti-Georgetown campaign seems like an obvious attempt to conjure up happy memories of punters queuing to be let back into Confession.  The Catholic Church is invoking the image of the heroic priest ready to battle to the death against demons, the Jesuit as superhero.  They seem conveniently unaware of the double standard involved.  On the one hand, they endorse the graphic use of the body of a pre-pubescent girl as the appropriate location for a horror yarn, on the other, adult women discussing the functions of their own reproductive organs (as part of the annual V-Day fundraising events) is an outrage in the sight of God.

Which horror novelist would you put in charge of morality at your alma mater?  What policies do you think they would enforce?

Class Facilitator
ReneeAPickup from Southern California is reading Wanderers by Chuck Wendig May 22, 2012 - 11:13am

You know, The Exorcist was an amazing book. It ranks as one of my favorites.

But Blatty doesn't really have the credentials I'm looking for when discussing who should dictate what universities do. What horror writer would I put in charge of morality at my Alma Mater? None of them! I actually attended a university that started as a Lutheran college and went secular. I'd much rather see a university dedicated to open mindedness, than see one that bows down to the Pope (or any other religious leader), as that is what universities should do. What I find particularly bothersome about this, is that Blatty is operating on the idea that all the students that attend Georgetown are Catholic, and that Blatty seems to believe that their faith should never, ever be challenged...more irony, since he made his name writing about a man who's faith was challenged.

Blatty is just a well-known alumnus who has a problem with the philosophy of his alma matter. It happens a lot, actually. If Georgetown wants to be a private university associated with the Catholic church, they are occasionally going to have to deal with stuff like that from the church, or from alumni. It's the cost of doing business.

Personally, I would rather he, Card, King, and the whole lot of them stay out of politics and write books, but that seems to be too much to ask.

@Jack, if he is againt the Vagina monologues, simply because they discuss women's vaginas, it does seem a teensy bit hypocritical after he wrote a story involving incredibly sexual things happening to/being said by a minor child--I mean, can we at least agree on that?

I'll agree on that one.

hosting performances of The Vagina Monologues
• allowing Barack Obama, Madeleine Albright and Nancy Pelosi (all pro-choice) to speak on campus about non-abortion related topics
• permitting student-attended discussions on contraception access
• failing to prevent the director of the Jewish Program from publishing a paper arguing against the bishops' opposition to HHS plans for universally available contraception?

I haven't seen or read the V.M.'s, but given the company it's in, perhaps it has nothing to do with the vaginas themselves and everything to do with the play's stance on contraception.  (I'm assuming it has one.  Inductive reasoning is not an exact science.)