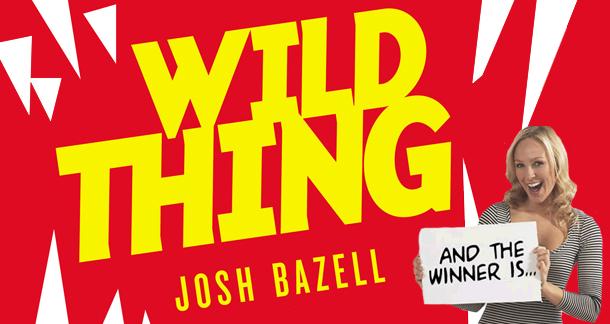 So many great (read: horrifying) entries, so few books to give. Once again, it was really tough choosing the winners. There were quite a few similar stories, so I tried to go with the ones that were most unique. That, and I couldn't bring myself to reward someone for a dead baby story, let alone choose between which dead baby story was 'the best.'

This first one wins due to the long-term physical and psychological repercussions. A free book is small consolation.

I had lost 25 lbs and couldn't eat. (Turns out I have IBS, but it took a year and a half of tests to find that out.)

While visiting one of the many Doctors who poked and prodded me over that year and a half, I was told the pain was coming from ovarian cysts. The OBGYN said the only way to help was to give me a slow-release 3-month injection of Depo-Provera.

I'm an epileptic, so I say, "Isn't that birth control? If so I can't have it due to drug interaction with the meds that keep me alive." She swore up and down "This is different. It won't interact. You need it." She gave me my first 3-month injection on the spot.

I had a Grand Mal seizure. She assured me it was because of my weigh loss and talked me into allowing another 3-month injection. I trusted her. That trust cost me so much.

I spent the next year and a half on my couch, unable to work, drive, and function. I had several Grand Mal and Petit Mal seizures over that year. Prior to this I had been stable and seizure free for 13 years.

I miscarried, developed dyslexia, lost my ability to concentrate, and had a 2 minute long short-term memory. To this day that year and the three or four years after it are all a blur to me. (Those years also happened to be the "newly wed" years for my husband and I and I'm heart-broken that they're gone.) It took years before I could sit and read a book again without having to re-read the same sentence 10 times before denting my drywall with the spine of the book out of frustration.

This was 8 years ago. I still can't drive. (Last time I tried I totaled a vehicle in a car vs. ditch accident less than a 10th of a mile from my house. I had a Petit Mal and came to unable to control my limbs while flying through the air. Luckily I was the only one hurt. I dislocated 7 vertebrae, ruptured 2 discs, apologized to my husband for the totaled car and tore up my driver's license.) My memory is still not back to normal. But I can read again!!

Hooray for reading! Also, I hope you sued the shit out of that doctor. On to number two.

I was very young, maybe 7 or 8, when I needed a cyst removed from a relatively private area. The doctor started putting me under, and as I watched my mother leave the room, he looked at me and smiled a very nefarious and scary smile as I was drifting off into darkness. He then said "When you wake, you will be a woman" in his Indian accident. I couldn't do or say anything, because the black then consumed me. When I woke, I immediately looked down, and found everything safe and sound, and when I told my parents about the experience they told me it was just a dream brought on by the anesthesia.

Oh man, I bet he got a ton of mileage out of that joke. If I were a doctor, that one would never get old. Also, shame on your parents for not believing you.

And on that  happy note, enjoy the books! You'll be receiving a FB message requesting an address shortly.

Now, because we live in a day and age where everyone's told they're a winner so nobody's wittle feewings get hurt, some honorable mentions! (Kidding. I just needed an excuse to post these gynecological horror stories.)

I won't go in to the gory details, but I had a doctor a few years ago who used a tongue depressor when she should have used a cotton swab.

'Sorry, I'm all out,' she said. 'I guess this'll be a bit more uncomfortable for a few hours, but you'll be fine.'

She then went around the office, turning off the lights in a hurry. 'We have to wrap this up. I have a party to get to this afternoon.'

My worst Doctor experience was the first time I had a pap smear. I was assigned a male doctor in lieu of my long time female doctor, and naturally I was a little uncomfortable (awkward moment #1). So I laid down and look up to find pictures of half naked men all over the ceiling (awkward moment #2). He's trying to talk to me in a very calm and soothing voice to get me to stop being so tense...well...it didn't work. I hear him struggling and then hear him say 'shit' (awkward moment #3). So I panic and ask what's wrong. He said 'I can't find your cervix. You're too tight.' Awkward moment #4. They had to get me another doctor.

I once had a doctor ask me if he could help me get dressed because 'a gentleman always helps a lady get dressed afterward.' NO THANK YOU, and outta there! Yikes—creepy! My first and LAST time there!

Okay, not sure that last one specifically took place at a gynecologist's office, but it's still super creepy. Happy Monday everyone!

Joshua Chaplinsky from New York is reading a lot more during the quarantine February 13, 2012 - 9:17am

DREW AND JAMES, PM me with your addresses if you have a user account.