Wicked Bible up for Sale 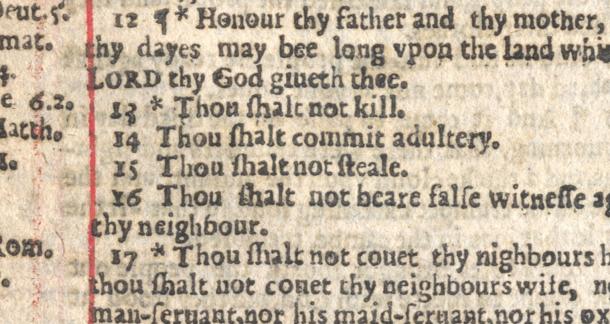 Want a version of the bible that gives you the all clear to cheat on your spouse? A rare copy of the Wicked Bible does just that—and Bonham’s is giving you the chance to get your hands on it, reports The Guardian.

Printed in 1631, the Wicked Bible leaves out the important “not” in one of the commandments, thus informing readers everywhere “thou shalt commit adultery.” Also known as the Adulterous or Sinners’ Bible, only one thousand volumes were printed before the error was discovered a year later.

Only 10 copies are still believed to exist today, and one of those copies is up for auction at Bonham’s this coming November 11th. The asking price starts at a paltry £10,000.

“In a sense the jury is still out on why the misprint happened,” stated Simon Roberts, Bonhams specialist, in reference to the infamous error. “Originally it was thought that it was just a mistake which didn’t get noticed, which to me seems slightly unlikely—if you’re going to check ten things, then you’d think you would check that page.”