Why You Should Care That Today Is SOPA Shutdown Day 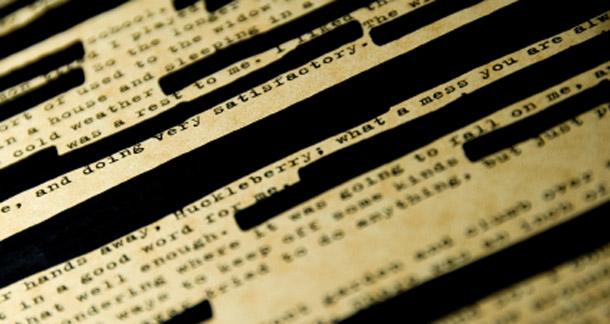 If you've gone to Wikipedia today, you may have noticed that the site isn't working right.

That's because it's SOPA shutdown day!

If you're not familiar with SOPA, Gizmodo has a really informative post about it, and it's a good place to start your research. But in short, it's a bill in the House Judiciary Committee called the Stop Online Piracy Act (there's a similar bill in the Senate called the Protect IP Act , or PIPA). The idea behind the bill is that it would make it easier to shut down or block sites--especially foreign-based ones--that are offering pirated material.

Which sounds good, on the surface. Unfortunately, the bill comes with nearly no regulations or checks, and it would be remarkably easy for anyone with enough power and influence to shut down or censor rival sites. Hence the choice by sites like Wikipedia to black out today in order to raise awareness. (And, yea, President Obama said he's not too hot on the bill, but that doesn't mean it's dead--hearings resume next month).

Anyway, why is it so bad? Gizmodo offers this example:

Potential for abuse is rampant... Google could easily take it upon itself to delist every viral video site on the internet with a "good faith belief" that they're hosting copyrighted material. Leaving YouTube as the only major video portal.

For the purposes of this example, it's important to note that Google owns YouTube.

Now, why is this important to us? Because a number of publishers are in favor of SOPA.

Eric S. Riley, a librarian, writer and activist, took a list of companies supporting SOPA and broke out the publishers, which include heavy-hitters like Hachette Book Group, HarperCollins Publishers Worldwide, Hyperion, Macmillan, Penguin Group (USA), Inc. and Random House. There are a good number more than that, and you can see the entire list over at his site.

And again, with the surface goal of combating piracy, you can't really blame them.

Though, they should probably read this article by Rocky Agrawai at VentureBeat. He makes the case (very well, I think) that piracy is an easy thing to point to when revenues are low, but the real problem is that companies "refuse to adapt to 21st century markets and distribution methods." He uses Hollywood and television to make his case, but his arguments are just as applicable to publishing.

This is just a very brief glimpse at a very big, complicated issue. If anyone wants to contribute in the comments, or offer links to some more reading material, please do.

In it's current state, SOPA is dead.  I think the biggest problem is that the people creating this legislation don't fully understand it.

The people creating the legislation understand it just fine - they're lobbyists. It's the congresscritters who are sponsoring the bill who don't fully understand it. Not that it matters to them; liberty and justice aren't funding their campaigns, big media companies are.

I think SOPA is dead. However, we should focus on PIPA for now.