Why 'The Revenant' Author Can't Talk About The Movie 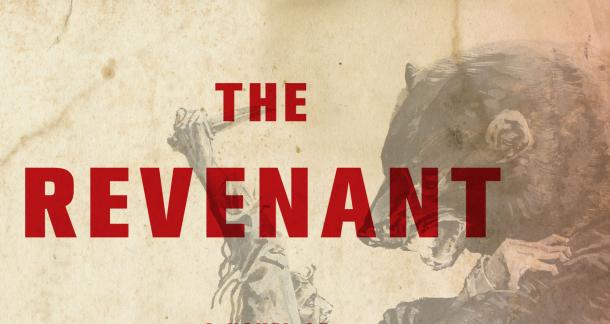 Thanks for writing The Revenant. Now shut up about it.

Michael Punke was a D.C. lawyer who decided, in the late 90's, to get up early, head into work, and spend the first hours of the day writing. The result of those early mornings was, The Revenant: A Novel of Revenge, originally released in 2002 to decent sales and good reviews. It was also optioned for film adaptation, but at the time it was unclear whether the movie would ever see production.

Most importantly, The Revenant opened the door for Punke to escape D.C. and move west, where he took a job teaching and writing.

Cut to 2009 when Punke got the offer to take on the helm of Deputy United States Trade Representative and U.S. Ambassador and Permanent Representative to the World Trade Organization in Geneva, Switzerland.

Cut to 2016 when The Revenant will make its big-screen debut with Leonardo DiCaprio and Tom Hardy.

And cut to 2016 when Michael Punke remained Deputy U.S. Trade Representative, which means Punke is barred from doing any promotional work that might enhance his income. Therefore, he can't talk about The Revenant, can't promote it. He can't even sign copies of his book.

It’s kind of bittersweet...[Michael's] so grateful that it just happened, that it came to the big screen, that he can’t complain. But he’s obviously disappointed.

Oh, he wishes he could talk about it...Can you imagine having your book turned into a movie; having Leonardo DiCaprio in it?

The good news, Punke can still make money from the sales of his book. So if you hit the theater and love the movie, don't hesitate to throw Michael Punke a bone by buying his book.

The True Story Behind 'The Revenant'

vitovicious from paris is reading true tales of american life January 2, 2016 - 7:20am

for once is not because of  the producers contract clause.