Wheel Of Time Gets 'As Seen On TV' Treatment 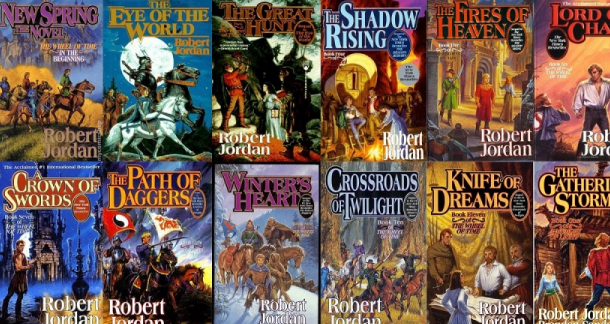 Anyone catch the Wheel of Time TV Pilot?

I'm guessing it's most likely no one did. And for good reason.

The pilot aired on FXX in the middle of the night with almost no advertising or big announcements leading up to the premiere. Which is pretty weird. Wheel of Time, Robert Jordan's epic fantasy series, became a pretty hot property after the success of Game of Thrones on HBO. So why the infomercial time slot?

Red Eagle Entertainment bought the rights to make Wheel of Time TV, video games, and other media in the mid-2000's. Since then, Red Eagle Entertainment took a half-assed run at a comic book series, which was never finished. They started a crowdfunding campaign for a mobile game that was a complete failure. And they never succeeded in bringing anything to television. Until this week.

Here's how it works: Red Eagle buys the rights, but if they don't get anything out within a certain timeframe, the rights revert to their original owner. In the case of Wheel of Time, that "certain timeframe" was set to end this Wednesday. So getting something on the tube Monday night was pretty much the definition of a last-minute hail Mary pass, a last-ditch effort to hang onto the rights.

It's possible that Red Eagle really does want to make something of the series. But it's fishy. Even more damning than the 11th hour placement of the broadcast was the fact that it aired not as actual FXX network programming, but in a paid programming spot. Yes, Red Eagle basically bought a time slot to get their pilot on the air before the deadline. A fact that surprised Jordan's widow:

I am dumbfounded by this occurrence, and am taking steps to prevent its reoccurrence.

I hear things now and then floating out in the air. For instance, I hear that word was floating about ComicsCon in San Diego that I am displeased with Red Eagle. Too true. Too very true. In a few more months that last contract they have with anyone on God's green earth that so much as mentions my name will come to an end and we can see what happens after that. You see, among other things they forgot an old dictum of LBJ back when he was just a Congressman from Texas, when he famously, or infamously, said "Don't spit in the soup. boys. We all have to eat." Worse, Red Eagle thought they could tell me they spit in the soup, or pee in it, if they wanted to and there wasn't anything I could do to stop them. You can't apologize your way out of that with me, not that they tried. There isn't enough money in the world to buy your way out of it with me. Not that they tried that either. So they get no further help from me. Once they are completely out of the picture, we'll see what happens.

Did anyone happen to catch the premiere?

It might be the worst way to spend 30 minutes of your life.