Welcome To The Back, Potter: Hunger Games Beats Out Hogwarts 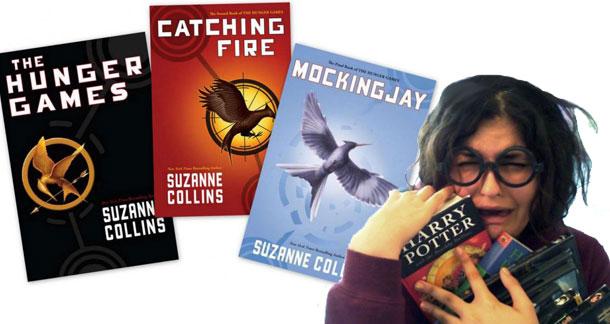 Turns out more people prefer Katniss Everdeen and her Running Man-style survival games to Harry Potter and his magic wand, as Amazon announced today that The Hunger Games is the best-selling book series ever.

The most staggering fact is the pace of Collins' success: it took her only four years and three books to grab the top spot on Amazon—as opposed to 15 years and seven books for J.K. Rowling. And with two more blockbuster adaptations of The Hunger Games series coming up over the next few years, the gap will only widen.

Competition aside, it looks like the general public is buying (and hopefully reading) a lot more books than it used to. And no matter what the statistics say, Harry will always be number one in my heart.

i assume we're attributing this, at least in part, to the fact that HP wasn't available thru ebooks until recently, and still cannot be purchased through Amazon?

Dwayne from Cincinnati, Ohio (suburbs) is reading books that rotate to often to keep this updated August 17, 2012 - 2:29pm

Despite some poor marketing choices, I don't think it has quite the stigma of being a kid's book as the Harry Potter series. I know it's a young adult, but just not how it comes across.

This bums me out. I was never a huge fan of Potter, but it's certainly the better book series in every regard.

you can buy harry potter at amazon, Ispieller.