Wearable eReaders? What’ll They Think of Next? 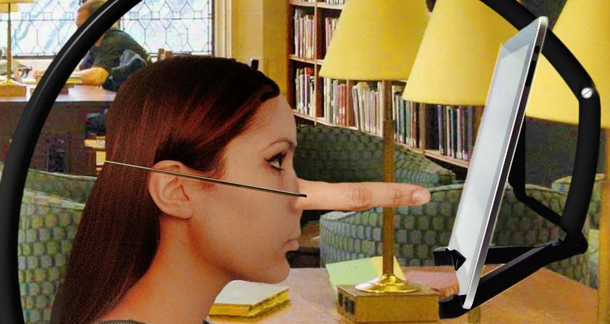 Just last week, San Francisco based startup Scribd launched a new partnership to make HarperCollins’s titles available to their subscribers for just $8.99 a month, positioning it “as a sort of Netflix for the book space”. Scribd can be read on a number of devices, ranging from iPads and other tablets to PCs and smartphones, although a couple of (perhaps) surprising exceptions mean it’s not available on Kindle or Nook.

In an interview with Fast Company Scribd CEO Trip Adler suggested in the future, we won’t be reading eBooks in our hands — “they’ll be projected right in front of our eyes”.

"If we’re going to build hardware, the thing we want to do is build reading goggles, so you can do hands–free reading,” Adler says. “It’s a little bit of a crazy idea, and I think it’s a long way away for us, but there is already a number of eReaders out there, and I don’t think people need yet another device.”

He believes the future of eReaders is more likely to be something like Google Glass, as holding heavy tablets or books is “cumbersome” — ‘hands-free’ is the way to go.

"Holding a book you’re reading is kind of old school,” he explains. “You should be able to just read on your back looking at the ceiling, with the reading experience probably projected in front of [your eyes].”

This technology is still a way off, with a lot of details to be worked out, although the advent of Google Glass may hasten this scenario. I don’t know, Neal Stephenson called people who are immersed in technology all the time “gargoyles” in his novel Snow Crash, and I still feel a bit of that scorn when I look at people wearing Google Glass. Would you “wear” your eReader? And haven’t we been promised virtual reality since the year dot? Excuse me while I go pick up a book.

Joshua Chaplinsky from New York is reading a lot more during the quarantine October 8, 2013 - 8:08am

That image is horrifying.

I only recently made the jump to eReader. I'll pass on the glasses.

I like the idea of a 'Netflix for the book space', but no thanks on the projection idea... I can't imagined being able to read for sustained periods when the font is projected into the empty air. Contrast issues and headaches aside, it would just be distracting!

I have been waiting for wearable ereaders ever since about 2011!! I even bought a Vusix wearable monitor made for watching movies, and it was too big and bulky and didn't really serve my purpose of long hours of continuous viewing. Every time I hear people say they don't see the value in it I just want to strangle them!! Sorry! It is plain and simply the future of education and people will see it eventually. I just wish someone would hurry up the invent it already!! Tablets are to Google glasses as the Nook would be to wearable ereaders, if someone would hurry up and invent them already!!!!! Sheesh...