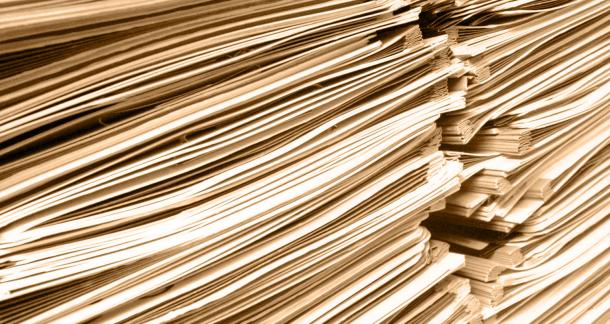 Alan Moore, author of Watchmen, V For Vendetta, and The League Of Extraordinary Gentlemen is unquestionably prolific. But the newest draft of his second novel, Jerusalem, drives the point home, coming in at 1 million words.

Let's put that in context.

David Foster Wallace's Infinite Jest, a colossus among books, comes in at 484,001 words. That's almost half as long.

Victor Hugo's gigantic Les Miserables is a bit better suited to those who breezed through Infinite Jest. The French-to-English translation clocks in at 530,982 words. So we've gone just slightly over the halfway mark, which puts it in the same neighborhood as Ayn Rand's Atlas Shrugged.

Moore started work on Jerusalem in 2008, setting out to write a book that blends fantasy, history and Moore's personal take on a small area of Northampton, where he grew up.

What, besides its length, has Moore revealed about the book so far?

Chapter 29 is formatted like a stage play and written by a version of Samuel Beckett, who did, in fact, visit Northampton to play cricket.

The book is mostly written in a "sub-Joycean text."

Moore says one thrust of the book is to prove that time does not work as we might think, that the past and future are all around us and we exist in a "giant hyper-moment of space-time."

That's merely the beginning of what will be held between the (hopefully sturdy) covers.

Jerusalem doesn't have a release date as of this moment. Unfortunately, there's still the whole issue of editing a book of a million words. However, don't worry. It's unlikely any of the good and crazy will be cut, based on Moore's quote:

Any editor worth their salt would tell me to cut two-thirds of this book but that’s not going to happen. I doubt that Herman Melville had an editor – if he had, that editor would have told him to get rid of all that boring stuff about whaling: ‘Cut to the chase, Herman’.

Get started on those bicep curls now and you just might be able to heft this bad boy when it's released.

Joshua Chaplinsky from New York is reading a lot more during the quarantine September 11, 2014 - 10:49am

Anyone read his first novel? Is it any good?

1 million words from Alan Moore is not enough.

Community Manager
helpfulsnowman from Colorado is reading But What If We're Wrong? by Chuck Klosterman September 21, 2014 - 10:23am

I was really curious about his first novel too. I wasn't actually aware of it, although I've read a great deal of Alan Moore comics, and from time-to-time they certainly have prose-heavy passages.. I'll have to check it out.