Washington, D.C. to get Museum of Science Fiction 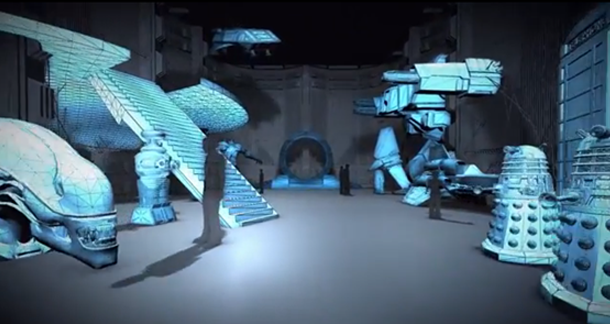 Science fiction as a genre is relatively young, with early progenitors writing fantastical stories about going to the moon (H.G. Wells), steampunk submarines (Jules Verne), or merging body parts and jolting them alive with electricity (Mary Shelley). In recent years, science fiction has gone mainstream, with a good portion of books and television programs dedicated to telling stories of future worlds and things that may or may not happen.

Now, a group of science fiction fanatics have plans to open a museum dedicated to the realm of the imagination, aimed at comprehensively cataloging the books, stories, and movie props from its history in downtown Washington, D.C. The project is headed by Greg Viggiano, an IT and telecoms consultant, who will be the executive director.

Viggiano wants to create the sci-fi museum we've all wanted; he's the executive director of the Museum of Science Fiction, which is slated to open in downtown Washington, D.C. in 2017. The museum promises to be completely amazing, offering a dizzying array of characters, props and other awesomeness from Star Trek, Dune and the novels of Isaac Asimov to name just a few. There's also plans for a life-size replica of H.G. Wells' time machine and a 1:10 scale model of the Nautilus from Jules Verne's 20,000 Leagues Under the Sea.

Sounds great, right? The initial project is being crowd-funded at Indiegogo, with a view to open a “preview” museum in 2015. The preview will cover around 3,000 square feet (the real thing will be 15 times larger) and “feature a life-size Tardis and a scale model of the Enterprise”.

"We don't think there's anything that could really run [production] off the rails, based on what we've tracked and the risk mitigation," says Viggiano. "The only thing that would cause some degree of concern would be the time it takes to find the suitable space."

While raising enough money to start the project, the board is considering nine locations in downtown D.C. for the preview museum. I think this sounds like a great project — and another reason for me to go back to D.C.! Does this sound like your kind of thing? Maybe you should go give them a donation, then…