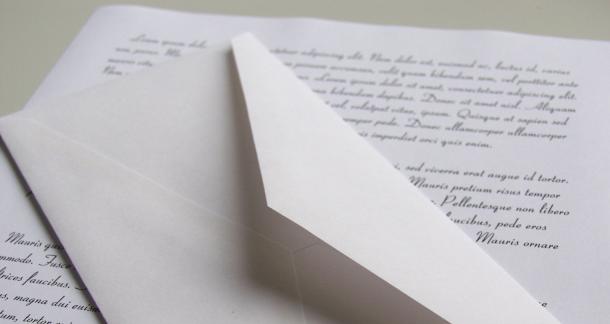 Most of us probably have a few love notes or dirty letters hanging around. Shoved inside a shoebox or a dresser drawer. Most of us are not as  lucky as former American President Warren G. Harding, however, who had his love letters sealed for the last 50 years.

Historian Francis Russell uncovered Harding's letters to his mistress in the late 60's. Fearing that the letters would tarnish the former President's reputation, Harding's relatives sued to stop their publication. An agreement was eventually reached between Russell and the Harding family: The letters would be donated to the Library of Congress under the condition they remain sealed for 50 years.

The New York Times calls the letters "intimate and frank" and says they are "...perhaps the most sexually explicit ever by an American president."  Over the course of 106 letters we get some very loving words and some steamy bits. Some highlights? Thought you'd never ask.

I love your poise
Of perfect thighs
When they hold me
in paradise . . .

Note: "Jerry" is the code word for Harding's penis. Not kidding:

And you came — a vision vividly plain, a goddess in human form — and a perfect form — clad only in flowing hair, and you were joyously received, and Jerry came and insisted on staying while we all retrospected in the happiness of a Sunday in Richmond.

Honestly, I hurt with the insatiate longing, until I feel that there will never be any relief until I take a long, deep, wild draught on your lips and then bury my face on your pillowing breasts.

Same note as above:

Wish I could take you to Mount Jerry. Wonderful spot. Not in the geographies but a heavenly place, and I have seen some passing views there and reveled in them. Gee!

Jerry — you recall Jerry, whose cards I once sent you to Europe — came in while I was pondering your notes in glad reflection, and we talked about it. He was strongly interested, and elated and clung to discussion. He told me to say that you are the best and darlingest in the world, and if he could have but one wish, it would be to be held in your darling embrace and be thrilled by your pink lips that convey the surpassing rapture of human touch and the unspeakable joy of love’s surpassing embrace. I cordially agree with all he said.

A Library of Congress program on July 22nd will officially open the letters, and they should be available to the public on July 29th, 2014.

I'm not sure how to feel: Harding's family sound like prudes (he's the most awesome President ever), and why the expliciteness in an article? Yea, I'm that sort of mix of contradictions.

Joshua Chaplinsky from New York is reading a lot more during the quarantine July 9, 2014 - 3:13pm

I love his "discussions" with Jerry. Brilliant.

Hahaha, oh man, the crazy shit people say when they are in a state of love/lust is highly entertaining. The idea of President Harding writing this stuff makes it even funnier.

Those words. THIS guy.