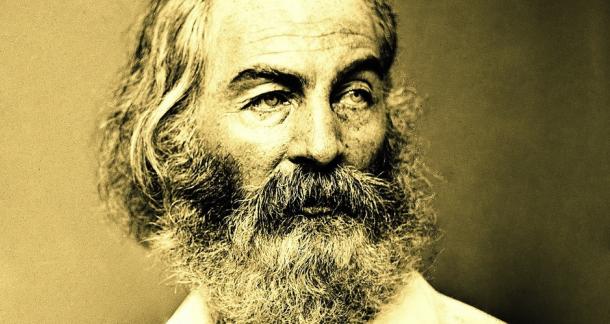 Image via The Airship

Walt Whitman, arguably one of America’s best poets, has given this nation a lot in the way of Leaves of Grass, but did you know he was also the self-help type? A recently discovered 150-year-old guide to becoming a better man proves it.

The 47,000-word manifesto, entitled Manly Health and Training, provides 19th century men a blueprint for the diet, routine, and sex life needed to gain a “noble physique.” Apparently the process involves a meat-only diet, rising early in the morning, and not wearing yourself out “continually among women.”

Manly Health and Training originally appeared as a 13 installment run in a now-defunct New York newspaper over the course of 1858, and was only recently rediscovered by University of Houston doctorate student Zachary Turpin. Some of the more interesting points found within include Whitman’s beard trimming tactics, in which he explains that a beard is “a great sanitary protection to the throat;” he also states that “America has mentality enough, but needs a far nobler physique.” And his views on sex?

A man that exhausts himself continually among women is not fit to be, and cannot be, the father of sound and manly children … They will be puny and scrofulous—a torment to themselves and to those who have the charge of them.

As the men of America will surely celebrate, the University of Iowa’s Walt Whitman Quarterly Review has published the entirety of Manly Health and Training online.

And now, dear readers, heed Whitman’s most essential advice: “To you, clerk, literary man, sedentary person, man of fortune, idler, the same advice. Up! … Out in the morning!”