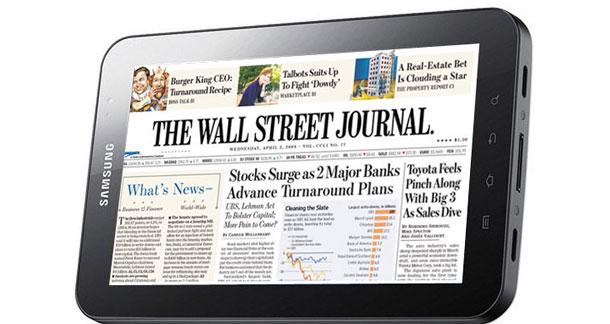 eBooks and self-publishing just took another step toward the mainstream.

The Wall Street Journal has recently announced that it's going to be working with Nielson BookScan to include eBooks in their own best-sellers list. Traditionally, these lists were limited to hardcover and paperback only, so the fact that eBooks will have their own chart solidifies the medium even further. Keep in mind, this is something that The New York Times and USA Today do as well, but The Wall Street Journal's list will supposedly be "the most accurate," says Jonathan Stolper, vice president & general manager of Nielsen BookScan.

This news will resonate a little bit harder with the self-publishing crowd, which you're probably not familiar with since they aren't really household names. Head on over to the Kindle best-sellers list.  If the book costs around a buck, odds are you're looking at a self-published project that's about to get some major recognition. Books like The Hunger Games, well, Suzanne Collins is probably used to this by now.

Self-publishing, and especially eBook only self-publishing, has carried a few particular stigmas: their cheapness, the less-than-spectacular cover art, shitty editing and layout- and yet some of these unknown authors that have no major publishing contract are rocking it sales-wise. Is it because most people are willing to part with 99 cents on the off chance they get a good read out of it? Or are these authors simply proficient at the craft of online marketing?

Feel free to argue that amongst yourselves. If there was an exact formula to it, I assure you, everyone would be doing it. From what I can tell though, high output from the author and low cost to the consumer seem to be the way to go.

The bottom line here is that eBooks and their non-namebrand authors just inched into the spotlight a little bit more. So is it really only a matter of time before Michael Prescott and Darcie Chan are considered to be in the same league as John Grisham? Or are you still of a mind that real books aren't published by the author?

Daniel Donche from Seattle is reading Transubstantiate, by Richard Thomas November 22, 2011 - 11:47am

I'm of the mind to think this is pretty awesome. 99 cents is a much lower risk if the book sucks, and I really don't think the publishing industry is that great of a gatekeeper anyway. Almost every "bestseller" I've read has been terrible.