UPDATED - US School Curriculum: Classics to be Dropped in Favor of “Informational Texts” 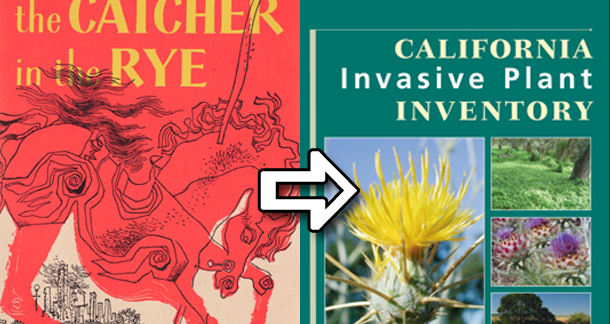 While not factually incorrect, the Telegraph article is biased and uses the same words as other articles on the subject, but not in the right order -- and doesn’t tell the whole story. It looks like it was actually based on a Washington Post article HERE.

This Huffington Post article and this Independent article are a little more rational and reflect that it’s the interpretation by educators rather than the Code which is the problem.

The Common Core State Standards are NOT suggesting replacing literature with these non-fiction titles. In fact, the exact wording in the Code states:

In practice, what seems to be happening is that educators at a local level are misinterpreting the wording of the code. And yes, Recommended Levels of Insulation and the Invasive Plant Inventory are listed as suggested readings - for Science, Mathematics, and Technical Subjects.

When I read this article in the Telegraph, I had a ‘you’ve got to be kidding me’ moment: a new curriculum for schools will be put in place by 2014 which will make it compulsory for at least 70 percent of books studied in the classroom to be non-fiction.

Affecting 46 of the 50 states, suggested titles include: Recommended Levels of Insulation by the US Environmental Protection Agency and the Invasive Plant Inventory by California’s Invasive Plant Council.

While Catcher in the Rye by J.D. Salinger is not listed on the suggested readings, the article’s not entirely correct when it says Harper Lee’s To Kill a Mockingbird will be dropped - it’s on the list. That said, it does look like the amount of fiction read will be cut down significantly and some teachers feel it will be detrimental to children’s education.

I'm afraid we are taking out all imaginative reading and creativity in our English classes. In the end, education has to be about more than simply ensuring that kids can get a job. Isn't it supposed to be about making well-rounded citizens?

Proponents argue it will benefit pupils by helping them “develop the ability to write concisely and factually.”

I don’t know about you, but I have to say Recommended Levels of Insulation doesn’t sound like a lot of fun…

Joshua Chaplinsky from New York is reading a lot more during the quarantine December 10, 2012 - 3:13pm

Well, I believe the children WERE our future. Glad I'll be dead.

And just when you all thought things couldn't get worse...

THIS IS AN INACCURATE REPRESENTATION OF THE NEW U.S. EDUCATIONAL STANDARDS. The Telegraph has obviously not read the Common Core State Standards. Please look at the skill listed in the CCSS and the recommended reading list. "Recommended Levels of Insulation" is NOT listed as a replacement for fiction. It isn't even listed as recommended reading for English classes!

This is a reactionary article that has no root in fact.

If anyone wants to hear from a guy who actually helped write the standards, you can do so here: http://www.studio360.org/2012/nov/30/english-class-hold-literature/  --- good story, I thought.

People act like if the board drops a couple of books it's "censorship." They must not think about the fact someone officiated the inlcusion of those books in the first place.

Hmmm... I'm not certain exactly how accurate this article is, but I do recall a push during an early part of this last election to push for Universities to drop Liberal Arts classes and programs so that students could 'focus' on degrees that, as they put it, had value and would provide them a job when they graduated. Meaning: Business, Science, Engineering. I cannot recall if English or even Political Science was ever mentioned in the negative, but still, makes one think... unless you've received a one sided education.

Gretel (The Children Of The Sun) Book One

That fucking sucks. English classes are already crap though, and most English teachers don't know shit about shit.

Oh wow. Jeez. Yeah, I saw this on Reddit earlier and, as is always the case with reactionary drivel like this Telegraph article, they picked at the sensationalism in much the same way Sara Zweig did above. The Common Core standards in English are actually really good about balancing practical language use with language-as-self expression. The standards for informational texts and for literature are separate from one another but are given pretty much the same emphasis.

A request from a regular reader: Keep this garbage off LitReactor. This site seriously needs better standards for what gets posted.

the children WERE our future. Glad I'll be dead

Ditto. Screw it. If they don't enjoy the best of civilization's imaginative literature, just let them be literate enough to read a manual.

BTW: schools are NOT interested in building better people, only in social engineering of children into good consumers and workers.

Bah. Humbug. Over, and out.

BTW: schools are NOT interested in building better people, only in social engineering of children into good consumers and workers.

We are doomed.  It seems that we are destined to be a race of consumers and clerks.

Thanks for updating this Dean. The new reading standards of the Common Core are really more about teaching reading FOR subjects. It's important for kids to learn how to read science text books, history text books, and yes, even math text books. That means their science, math, and social studies teachers will be responsible for teaching the reading skills required to understand these texts. Everyone will be a reading teacher, not just the English teachers. That 70% refers to the final exams required for graduation. 70% of the exam in high school consists of informational texts, and that exam consists of all major subjects not just English.

50% of the exam to pass elementary school consists of literature, and it's about a 60/40 split in middle grades. Student will still get plenty of creative thinking and fun learning time, but it's more age appropriate. There is very little reason to teach the parts of a story to a group of seniors who've gotten the same exact lesson every year since 1st grade. We're not supposed to hold them back from learning more, we're supposed to build on what they already know so they can understand it at a more meaningful level.

As a high school English teacher, let me say a few things:

Just as an addition, if kids not reading literature is a concern to you, there are things you can do. I know in Boise they have the Literary Log Cabin that brings in authors, holds writing camps for kids, etc. When I lived in Los Angeles they had a huge Festival of Books. The public library in Boise also does a ton of things for kids. I'm sure that's the same in a lot of places. As a parent of 3 young kids, I'm actively building a library for them at home. When I see great books on sale, even if they are too old for them, I buy them. Point being, if you don't want something to go away, don't let it.

"...it will benefit pupils by helping them 'develop the ability to write concisely and factually.'”... like Twitter! ;)

I want to get my nephew a book. I open Treasure Island and a few other classica Nd Fter re- readings a few paid realize he will never get started in this. I hope I'm wrong.