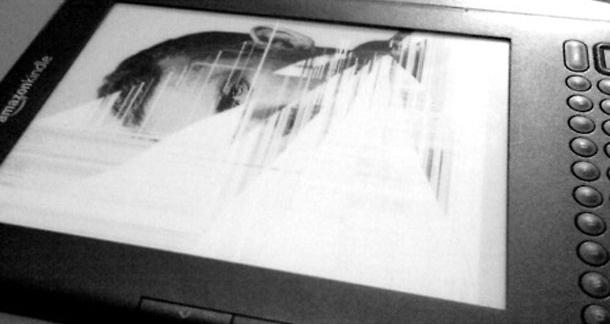 UPDATE: Looks like everything is back in place (though there might be some lingering titles that are still catching up). It doesn't seem as though Amazon has released on official statement yet, though eBookNewser reports that a forum user was told by the company that it was a "website issue." By my count, some books were unavailable for up to an hour and a half.

Amazon's Kindle store is in the midst of a massive outage. I first noticed it around 3 p.m. My publishing house is running a promotion on one of our authors, and I was waiting to see when the downpricing took hold. Instead, I found that the buy links to all the books had been removed, replaced by a notification that the books weren't available in the United States--which clearly isn't the case.

That's when I realized the outage was affecting a huge portion of the Kindle store--possibly the entire thing.

The rest of the Amazon store didn't seem to be affected. Conspiracy theorists around the interwebz are blaming Harry Potter, as the eBooks finally went live today--although you don't actually buy them from Amazon, you just get linked to another site.

The Kindle store is slowly coming back to life--some of the buy links are available again for my press' books (shameless promotion: LIKE THIS ONE!!!). But there's still plenty of books without any buying information.

It doesn't look like Amazon has said anything yet--the last tweet on the official Kindle feed is from five hours ago.

I'm trying to find numbers for how many eBooks Kindle moves in a day, but haven't been able to peg one down. But can you imagine how much money they lost in the past hour? I wouldn't be surprised if it was brushing up against seven figures.

Something tells me it was those dang Twilight fans.