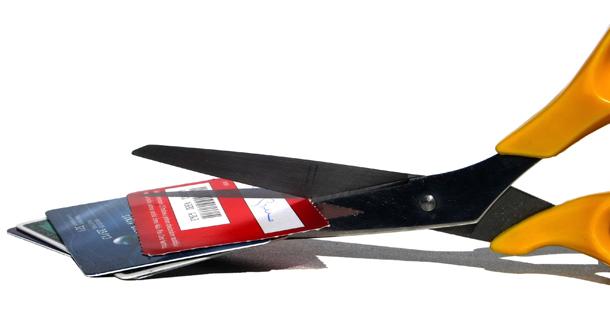 Any of you out there still have an unused Borders gift card? Well, if you had hopes of cashing it out, you'll have to dream on. According to the Los Angeles Times, a Manhattan federal judge ruled last week that the roughly $210.5 million worth of gift cards from the now-defunct book retailer are officially useless. The reason? It would be unfair to pay back gift card holders, since it might delay the repayment of Borders' other creditors following the company's bankruptcy in February 2011.

This debacle began when "two frustrated shoppers" filed suit against Borders Group, claiming that they were not given adequate notice to use their $125 worth of gift cards. The company did publish alerts in both the New York Times and Wall Street Journal, but the claimant's attorney argues the average customer would not have seen it in time (not everyone reads those, you know).

So, if you loved it, you should've bought some books with it, the government says. But don't fret—there's lots of things you can do with those worthless rectangles of plastic. The Washington Post published a top ten list that you might find handy. My favorite: "The perfect gift for people you don't like."

What does everyone think? Should Borders pay out their unused gift cards, or is the "Don't care, said Pierre" answer correct?

As far as I am concerned, that money is just as owed as their loans to their creditors. Just because it is small amounts to many people doesn't make it any less of an issue.

Dwayne from Cincinnati, Ohio (suburbs) is reading books that rotate to often to keep this updated May 29, 2013 - 7:53am

I can see both sides of it. We all think in terms of major corporations being owed money here, but I'm under the impression this includes a lot of small and mid sized businesses that really need what they are owed now that they have one less place to deliver toilet paper or candy bars or whatever too. At the same time it sucks to lose out on a gift card, I was annoyed about the $5 one I couldn't use when Graters (an ice cream shop) closed.

I think the real loser here though is going to be Barnes and Noble. How many people are going to read this and buy a gift card from there?

They're happy to take the consumer's money but when Border's closes it's doors and denies people the opportunity to purchase goods AND they deny them a refund?