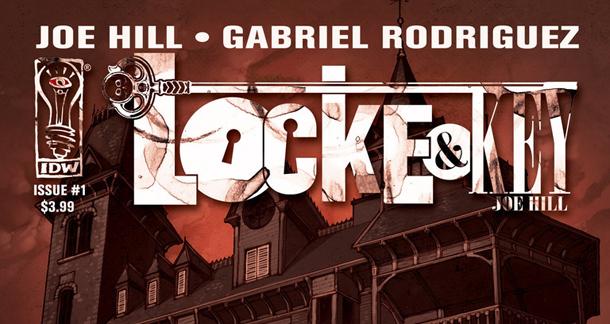 SlashFilm reports that Locke & Key, the graphic novel from writer Joe Hill and artist Gabriel Rodriquez, was picked up by Universal, with eyes on adapting it into a feature film.

Attempts to bring Locke & Key to the screen have been numerous, with rights first going to Dimension Films back in 2008, where it more or less languished for two years. DreamWorks bought the rights next and attached producing team Alex Kurtzman and Roberto Orci (Star Trek, Alias, Fringe), intending to develop the title as a TV series for Fox. A pilot was produced, but the network declined, and no one else showed any interest.

Now that Locke & Key is in Universal's hands, plans have redirected back to a single, theatrical film. Rumors of a trilogy have surfaced, but nothing official has been announced. Kurtzman and Orci are still on board as producers, but cast and crew are TBD. Let's hope they handle the title well.

Who's excited to see Locke & Key on the big screen?

I think there's too much story in the source material to make an effective single film. A trilogy? maybe. I think it would be much more effective as a series.