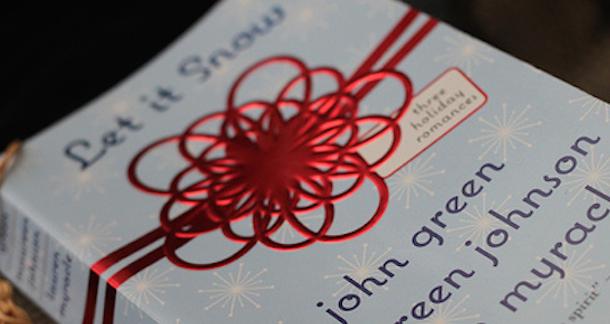 Hot on the heels of their recent John Green film success, Universal Pictures has optioned the film rights to “Let It Snow,” a short story collection written by Green, along with authors Maureen Johnson (The Name of the Star) and Lauren Myracle (yolo). It has been reported by Deadline that Dylan Clark and Scott Stuber will produce Let It Snow for Universal-based Blurgrass films.

The three short stories, geared toward the YA audience, are set during a Christmas Eve snowstorm and feature different, but connected teen characters. The book was released in 2008, and is heavy on love and romance, with plenty of swoon-worthy kissing moments.

Maureen Johnson is best known for her Shades of London series, and is represented by KT Literary.

Lauren Myracle wrote the very popular IM trio of books, and is represented by BG Literary.

John Green is the popular author behind the extremely successful novel The Fault in Our Stars, and another novel, Paper Towns, which is also being adapted into a film.

Who here is excited to see 'Let it Snow' hit the big screen?

Is there a reason why this is posted as News?

I mean, every book that's optioned to a studio isn't posted here is it? Maybe it is, I dunno. If it is, then, nevermind.

I wonder if it will end up being like a YA version of Love Actually. I've not read this collection yet.