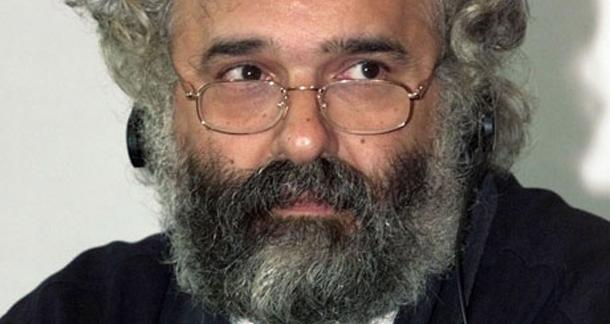 Ragip Zarakolu, the director of the Belge Publishing House, has been jailed for the horrendous, reprehensible crime of being anti-censorship.

A member of PEN Turkey and chair of Turkey's Freedom to Publish committee, Zarakolu was among 40 activists locked up in Istanbul recently under the country's anti-terrorism laws. It was part of a crackdown on political parties that don't fall in lockstep with the Turkish government. This is not an uncommon thing in Turkey: Since 2009, more than 1,800 members of the Koma Civakên Kurdistan party have been arrested.

Zarakolu's crime is releasing controversial books from Armenian, Greek, and Kurdish authors in Turkish editions. Scoundrel! Won't someone please think of the children!?

Seriously, this is a terrible thing, and a good reminder that, while America is a fundamentally screwy country, at least our free speech is (mostly) protected. Zarakolu's efforts have led to his office getting fire bombed in 1995, fines, and a ban on him leaving the country. Despite that, he's pushed on, so good on him.

The international community is rallying around Zarakolu. Bjørn Smith-Simonsen, chair of the International Publishers Association's Freedom to Publish committee, said that Zarakolu "does not belong in prison, he deserves a Nobel prize." He added that Zarakolu is in poor health, and the deplorable conditions of the high-security prison where he's being held can't be helping.

The International Publishers Association is planning on meeting Turkey's United Nations rep in Geneva to argue on behalf of Zarakolu's release. Let's all hope they're successful. I mean, if a serial killer can publish a children's book, Zarakolu should be allowed to publish an account of the Armenian genocide, right?

Joshua Chaplinsky from New York is reading a lot more during the quarantine November 6, 2011 - 8:38am