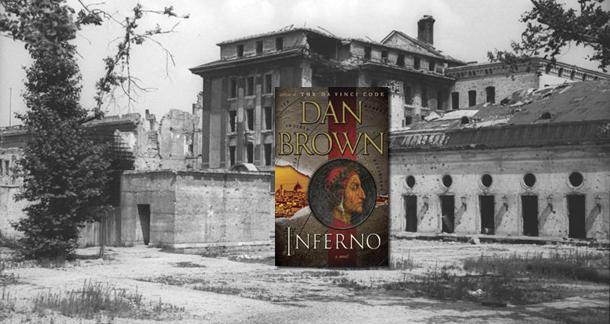 Da Vinci Code author Dan Brown's latest novel Inferno is due out on May 14th, and many fans want to know as many details about the book as possible. It's another narrative featuring Robert "Tom Hanks" Langdon, and he's investigating a mystery behind Dante's Inferno. That's about all anyone knows.

The reason for this? Brown's publishers have apparently taken some extreme measures to ensure no plot leaks reach the public, at least in the translation process. From January Magazine via the Love German Books blog:

…the German trade publication Buchreport has written about the latest installment, which is even more bizarre than the last ones. Eleven translators into various languages, all spending weeks working in a windowless basement room beneath the Mondadori publishing house in Milan. They weren't allowed to take mobile phones in there, had to access the internet under surveillance via one computer, and worked until at least 8 pm every single day of the week. Although they were allowed to use the staff canteen, they had fake alibis in case anyone asked them what they were doing there.

Beyond protecting Inferno's plot, it appears Mondadori have other, monetary-based concerns for these working conditions:

The foreign publishers seem to feel it's a good idea to make their translators work under these backbreaking conditions so that they don't lose revenue to the English original by bringing the translations out later - and because they obviously don't trust them not to pirate the content.

This kind of secrecy steeped in self-interest sounds like something out of a Dan Brown novel… Whoah. Life imitating art, man.

What does everyone think? Have the publishers gone too far, or is this kind of protection justified?

Seems to me to be an attempt to get some free publicity but I don't know anything about publishing international best sellers in multiple languages so I could be wrong.