Trailer For Kerouac's 'Big Sur' Released, Looks Better Than 'On The Road' 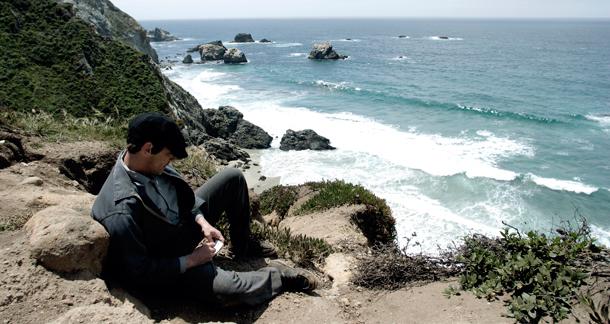 Hot on the heels of last year's highly anticipated, but ultimately underwhelming film adaptation of On The Road, 2013 will see another Jack Kerouac novel translated to the screen. Big Sur, first published in 1962, follows the author's fictionalized version of himself, Jack Duluoz, here depicted as a successful but aging author ensnared by alcoholism and self-doubt. He briefly leaves behind San Francisco for a cabin in the titular California city for a little respite, but finds his demons waiting there too.

The movie version, written and directed by Michael Polish, appears faithful to the text, nicely capturing the rhythm of Kerouac's prose. View the trailer, featured at The Huffington Post, here. Even non-Kerouac fans will appreciate the stunning cinematography. Big Sur features Jean-Marc Barr, Kate Bosworth, and Anthony Edwards, and will hit theaters sometime this year.

This film could turn out to be quite good, if the trailer is any indication of its merits. I'm not an overt Kerouac fan myself, but I do recognize his importance and enjoy some of his works. For me, On the Road is the author's Creep, a song Radiohead repeatedly topped with more layered and complex compositions, but a song they could never escape, regardless of their further accomplishments. I haven't read Big Sur, but the story seems to suggest a more mature Kerouac actively searching for meaning in a world of wild revelry-- a theme he also explores in The Dharma Bums, the follow-up to his seminal novel.  (For more criticism of On The Road and Kerouac, see Joshua Chaplinsky's You Favorite Book Sucks column).

So, who's excited for Big Sur? Who doesn't care? Who's kinda meh?