Trailer for Joss Whedon’s "Much Ado About Nothing" Released 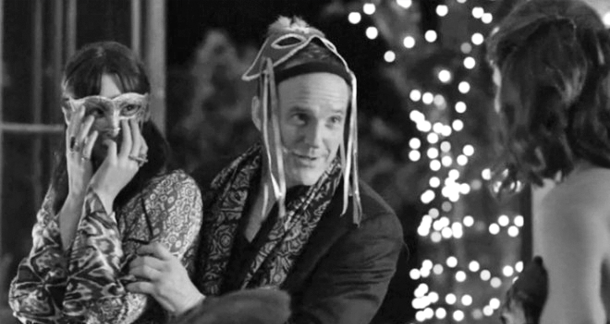 As we reported in September, Joss Whedon took 12 weeks during post production of The Avengers to produce a low-budget, black and white adaptation of a Shakespeare play. Well, we’ve got a release date of June 7 and the first trailer’s been released on Yahoo! Movies!

Much Ado About Nothing was shot entirely in Whedon’s own home and, as you can see from the trailer, includes old mates like Nathan Fillion, Clark Gregg, Sean Maher, Fran Kranz, Amy Acker and Alexis Denisof.

The choice to shoot in black and white is an unusual one that seems to pay off really nicely. It gives the film an elegant feel despite its shoestring budget, and lends it a timelessness that makes the disconnect between the modern setting and the archaic language less jarring. Much Ado About Nothing is among my most highly anticipated films of 2013, and this first trailer is every bit as sweet, funny, and witty as I’d hoped.

I like the fact it's been shot in black and white — that seems to work pretty well, from what the trailer gives away. This is on my list to see this year and one I’m definitely looking forward to — what about you?

The trailer looks pretty awesome. I think what's great about Much Ado, is that it is a story that has been retold OVER and OVER and OVER, and never quite as well. Part of the appeal is that changing the setting seems to change EVERYTHING. This looks pretty badass, where the last time I saw Much Ado, it was a theatre production and they based on an island resort in the 80s, it played the comedic aspects up and I busted a gut laughing. This looks like it is playing up the sinister aspects, and it looks great. It's a really cool play when you break it down, a lot of room to interpret it differently. I look forward to this.