Tom Spanbauer Reading In NYC On May 13 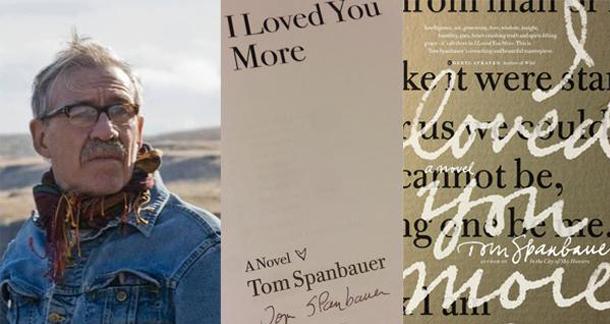 Next week, Tom Spanbauer will read from his latest novel, I Loved You More, at The LGBT Center in New York City.

Tom, for the uninitiated, is the author of five novels, and the founder of Dangerous Writing, which counts Chuck Palahniuk, Suzy Vitello, Monica Drake, and Stevan Allred among its students. He's a former New Yorker and a current Portland resident—this is a rare East Cost appearance, and definitely worth checking out.

If you want to learn more about Tom and his writing, you can read this primer/review I did for LitReactor last month. The Believer also just published a fantastic interview with Tom and Chuck Palahniuk, conducted at Tom's house in Portland, which you can read here.

In case that's not enough to convince you (really?!) then here's Publishers Weekly's just-released starred review of I Loved You More.

Here are the event details:

There's also an after-party at the Soho Grand!

For more info, you can check out The LGBT Center website, or RSVP on the event's Facebook page.

Don't live in New York? He's got some Portland events coming up, too...