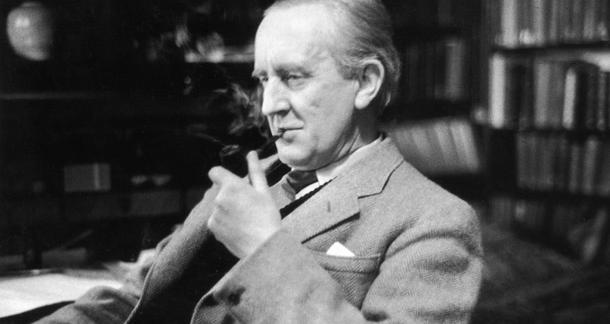 Apparently The Lord of the Rings wasn't literary enough for the Nobel prize jury.

Newly declassified documents show that, 50 years ago, JRR Tolkien was nominated for the Nobel prize by his buddy, CS Lewis--but Tolkien was swiftly dismissed by the jury. The award went to Yugoslavian writer Ivo Andrić instead.

The jury felt that The Lord of the Rings had "not in any way measured up to storytelling of the highest quality."

Despite the success of the series--and the fact that it led to the greatest trilogy in the history of film (yes, The Lord of the Rings is better than Star Wars, by a mile)--Tolkein didn't win too many awards. But hey, you know what they say: There's no accounting for taste. In my mind the Nobel prize is the same as the Oscars. There is always a good chance I will have zero interest in whatever they pick as the winner.

What do you think, loyal readers? Is The Lord of the Rings not good enough for a Nobel prize?

For Nobel recognition in an ideal world? No, I wouldn't say he was good enough. His influence is indisputable, and he shaped our culture to a rare extent, but he presented an exceptionally simplistic message of good and evil, and as far as I can remember there was little complexity to his characters.

But this is not an ideal world where the Nobel Committee is the ultimate guarantor of quality. Borges and Tolstoy didn't win the prize, Joyce and Woolf didn't win it, Pynchon and Roth and Lydia Davis haven't won it. I don't think Henrik Ibsen won it. And somehow JP Sartre did. So really, Tolkien isn't really in bad company in that regard.

I still haven't managed to read the entire trilogy - I just can't make it out of the Two Towers - if I were on the Nobel committee with my bias, I would use the books as paper weights.

BludgeonBob from America - Coast to Coast is reading Jonathan Strange and Mr. Norrell January 9, 2012 - 9:33am

I've read Lord of the Rings a couple of times and for me it's a lot like each time I read Hamlet.  Each time I read either one I notice pieces, nuances, or metaphors I never did before.  Each time I read either one whatever I'm experiencing in my life at that time seems to leap out of the words on the page and alter my experience of the book/play.  There are so many themes in Lord of the Rings that it blows my mind when I speak to anyone about it and find out what they've found.  Tolkien was a feminist before feminism was cool.  He was Green before being Green was cool (and not in the Kermit way, in the Al Gore way).  The film trilogy ushered in a slew of bro-mances.  Tolkien is in great company, let's just hope Oprah doesn't add him to her club.

Choosing only one writer per year will inevitably leave someone out. Not to mention the fact that the Nobel is for a body of work, not for a single work however great it may be. Most of his fiction is based in the same overarching story with LOTR as the centerpiece, which I think is awesome, but in a way it's all part of a single whole.

But I do think it's harsh to say his stuff has "not in any way measured up to storytelling of the highest quality."

I LOVE The Hobbit, but I have to say I struggle with getting into The Lord of the Rings. It's not bad by any means. It's just Tolkien's writing style. One day I'll read it but right now I have other books to read.

Considering that Borges, Nabokov, Joyce, Chekhov, Tolstoy, Twain, and Proust never won the award, I'd say that a JRR Tolkien snub is not that big a deal.

@Jason Van Horn - I was going to say it but you beat me to the punch.

If it weren't for the movies, I'd still have only a vague idea why there's this fuss over a ring.  And now that I've seen the movies, I wonder why Gandalf didn't just use his eagle friends to fly the hobbits to Mt. Doom.  Could have been a short story.

Joshua Chaplinsky from New York is reading a lot more during the quarantine January 9, 2012 - 6:27pm

I love me some Lord of the Rings, but don't really think Tolkien was Nobel material. That being said, I agree that "highest quality" quote is way harsh.

The only thing I find baffling about this is the claim that the LOTR movies are better than Star Wars. WTF? Both Star Wars triologies blow LOTR out of the water.