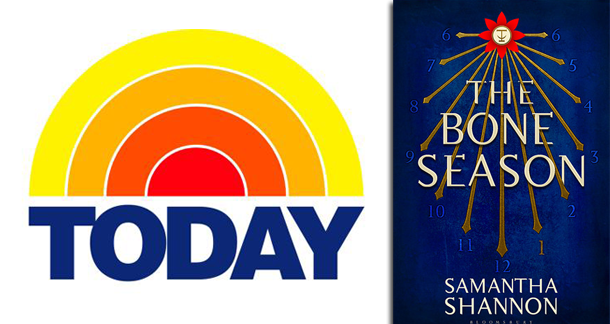 Book clubs: I can take or leave them for the most part, but the traditional publishing industry loves ‘em. Oprah used to have one which seemed to be about books she “loved”. We even used to have one here in the UK on a morning show until the presenters (Richard and Judy) quit. And however you feel about them, statistically, getting your book to appear on a television book club like Oprah’s is practically guaranteeing you a best seller. Now, the morning show on NBC, Today, is getting in on the act, as they started a new monthly book club yesterday, much to publishers' delight.

Publishers who had been briefed on the show’s plans said they were giddy at the prospect of a potential successor to Oprah’s Book Club, which began in 1996 on “The Oprah Winfrey Show” and, in its prime, consistently lifted books to instant best-seller status. The Today selections, chosen every four to five weeks, will be emblazoned with stickers on their covers indicating their inclusion in the club.

The show’s first pick is a “dystopian debut novel by Samantha Shannon” called The Bone Season, and even before the first segment of the show had aired, its publisher Bloomsbury said orders of the book had “roughly doubled". It’s already #5 on Amazon. It’s not all positive, however: pundits are pointing out that the reason Oprah’s club worked was she was endorsing the books personally and passionately, something Today won’t necessarily be able to take advantage of.

Will it work? Who knows? While I’ve never taken much notice of these things — the books rarely appeal to me and, to be honest, I hate the big, gaudy labels proclaiming it a “so-and-so book club selection” (yeah, I’m a snob) — I can see the allure for publishers. There’s also no indication that Today is even considering books by independent authors at this stage. But traditional publishers are creaming their jeans.

"There just aren’t television outlets that you can tune into on a regular basis and see authors,” said Paul Bogaards, a spokesman for Knopf Doubleday. “Any media outlet that is willing to invest resources in creating a community of authors and their books is a win for our industry.”

Path to Publication 3.2: So Much Is Happening