Those 'Watchmen' Prequels? Yea, They're Happening... 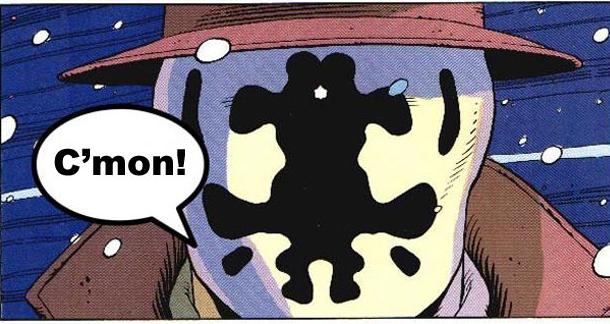 Back in December, rumors were circulating that DC Comics was going to revive the Watchmen franchise, bringing back characters for prequel comics.

Turns out those rumors were true. DC announced today they're publishing seven interlocking miniseries based on characters from the groundbreaking 12-issue original, which ran from 1986 to 1987. The new stories will be published this summer, under the banner Before Watchmen.

Alan Moore, the writer of the original series (and who famously broke from the mainstream comic book industry under very bad terms), told The New York Times that the venture is "completely shameless." He added:

“I tend to take this latest development as a kind of eager confirmation that they are still apparently dependent on ideas that I had 25 years ago.”

Fans of the series are piling on. Novelist Jonathan Lethem called Watchmen "as complete as any artwork in any realm." He added that it's "inviting a disgrace, basically, to try to extend any aspect of it.”

DC Comics, though, is a little more optimistic about the whole thing:

"It's our responsibility as publishers to find new ways to keep all of our characters relevant," DC Entertainment co-publishers Dan DiDio and Jim Lee said in a statement. "After 25 years, the Watchmen are classic characters whose time has come for new stories to be told. We sought out the best writers and artists in the industry to build on the complex mythology of the original."

Dave Gibbons, the original artist, isn't writing or drawing anything for the new project, but did issue a statement that was a little more favorable to DC's decision:

"The original series of Watchmen is the complete story that Alan Moore and I wanted to tell. However, I appreciate DC’s reasons for this initiative and the wish of the artists and writers involved to pay tribute to our work. May these new additions have the success they desire."

Here's the official announcement about the prequels, including who's drawing and writing what. And here's a link to a bunch of interviews with the artists and writers involved.

I'm going to reserve judgment on this until the comics come out, but it's really, really hard to see this as anything other than a cash-in (the Watchmen graphic novel collection continues to post strong sales). I re-read Dr. Manhattan's origin comic two days ago, and am still completely in awe of Watchmen, as a comic book and a piece of literature. And despite the timeframe, the story remains timeless.

These new comics won't tarnish the original, but at the same time, I'd rather see DC invest in new properties and ideas, instead of going back to the well. Especially in this case, where the well is just so damn good on its own.

TwistedPaper from Poland is reading "The Book of the New Sun" by Gene Wolfe & "Seven Wonders" by Adam Christopher February 1, 2012 - 3:31pm

Brian Azzarello, Lee Bremejo & Jae Lee - three names that convince me to waiting for that profanity.