This Is Your Brain On Books: Can Fiction Affect Your Real Life? 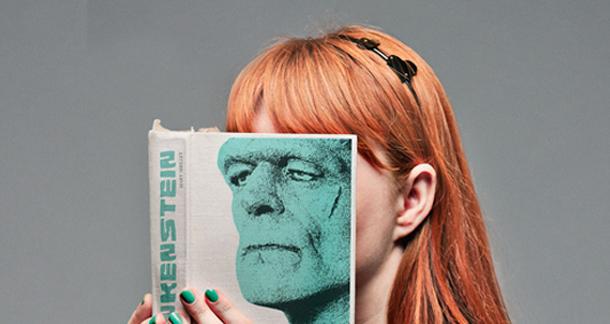 Ever read American Psycho one too many times and start to lose touch with humanity? Well, you're (probably) not crazy—the effect is a legitimate psychological process called "experience taking." This is a method by which people, while reading a fictional story, find themselves feeling the emotions, thoughts, beliefs, and internal responses of one of the characters as if they were their own—and Ohio State University researchers recently looked into the topic and found surprising results (albeit with slightly more benign reading material).

In one test, researchers found that people who strongly identified with a fictional character who overcame obstacles to vote were significantly more likely to vote in a real election several days later. In another, people reading about a character who was later revealed to be of a different race or sexual orientation showed more favorable attitudes toward the other group and were less likely to stereotype.

While the effects they measured were temporary (a relief for those of us with a penchant for Bret Easton Ellis novels), the study still speaks volumes on the persuasive power of literature and human emotional experiences—and provides insight into story structure and narration. Their findings appear online in the Journal of Personality and Social Psychology and will be published in a future print edition. You can read the official release here.

Reading Fight Club and Survivor definitely changed me psychologically. Or maybe the books just tapped in to a pre-existent mindset, I'm not sure.

jennydecki from Chicagoland is reading The Foreigners May 9, 2012 - 6:42am

Oh my gosh, YES! Ask my husband how paranoid I get after reading dystopian novels or how obtuse I become after I read literary fiction.

I also find it more comforting that most people don't read. They can't be as crazy as I am. I like that.

I suddenly became afraid of merging on freeways in Los Angeles after reading Less Than Zero...

SGJ from Midland, Texas (but in Boulder, Colorado, now) is reading weird fiction and horror fiction and science fiction and literary fiction and innovative fiction, or maybe a romance or a western or a magazine on bowhunting or show trucks or anthropology May 9, 2012 - 6:56am

Dwayne from Cincinnati, Ohio (suburbs) is reading books that rotate to often to keep this updated May 9, 2012 - 8:19am

I thought this was a given, I didn't know it needed to be proven.

I seen a quote on scrib. "If you love a book, it loves you back."

I was wondering about the whole Ellis novel thing. What a relief. Still though, I can't stop quoting them.

Typewriter Demigod from London is reading "White Noise" by DeLilo, "Moby-Dick" by Hermann Mellivile and "Uylsses" by Joyce May 9, 2012 - 8:36am

If you love a book, it loves you back.

we have a story, right there.

Moderator
Utah from Fort Worth, TX is reading Lonesome Dove by Larry McMurtry May 9, 2012 - 9:22am

This explains why my wife reads Delores Claiborne and then spends the next three days trying to kick me down a flight of stairs.

The girl in the picture is hawt.