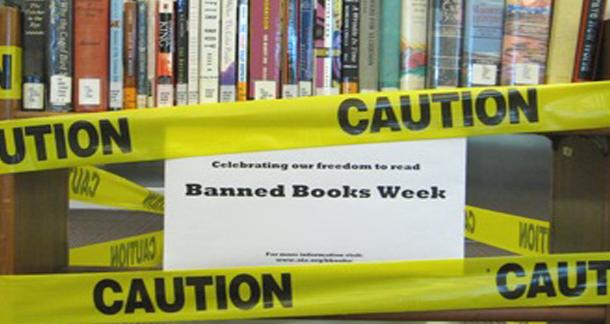 Thanks to the First Amendment, this year marks the 30th anniversary of Banned Books Week, a nationwide celebration of the freedom to read from September 30 to October 6. According to the American Booksellers Foundation for Free Expression, 10,000 challenges to books in schools and libraries in the United States have been made since 1982—which comes out to an average of about 500 books a year.

Ever wonder what qualifies a book for banning (other than the obvious use of naughty words)? The Harry Potter series caught flack for "encouraging magic and witchcraft," Alice in Wonderland was banned in China because "talking animals are considered blasphemous in Chinese culture," and Forever... by Judy Blume saw literary jail time for its "graphic descriptions of sex acts." Ooh, baby.

So get out there and read the controversial. For more info, check out the Banned Books Week site.