There Can Be Only One!: Harper Collins and Simon & Schuster To Merge? 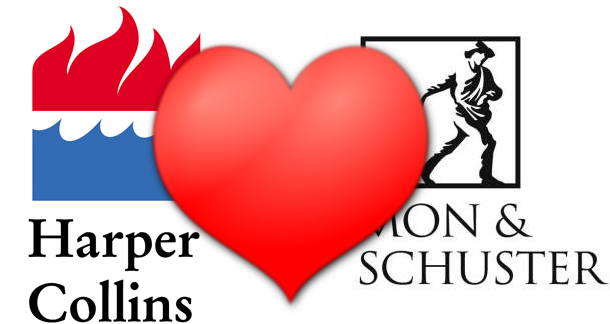 Talk about the silly season. In yesterday’s news, it was announced News Corp. International -- who already owns Harper Collins -- has expressed interest in buying publishing house Simon & Schuster, only a few weeks after they attempted to buy Penguin prior to its merger with Random House.

The fact that the Wall Street Journal (again, owned by News Corp.) reported the story is an irony that’s not lost on me. Also, News Corp. is in the process of breaking its business in half, at the moment, creating an entertainment company for its assets like Fox News, 20th Century Fox film studio, Harper Collins and Dow Jones. And the merger with Simon & Schuster could bring them quite a good chunk of the market:

A combination of HarperCollins and Simon & Schuster could create the second-largest publisher in the U.S. market.

This combo is likely to have a lot of money available and the speculation is that it’ll be used ‘for acquisitions’. Founded in 1924, Simon & Schuster is responsible for publishing around 2,000 titles each year and made $1.6 billion in revenue in 2011. Which is nothing to be sneezed at.

With all the threats to traditional publishing, like self-publishing, new start-ups and Amazon, it’s not surprising that the Big Six – pardon me, now the Big Five, potentially the Big Four – are looking for new strategies to keep their grip on the market. I particularly liked the Huffington Post’s take on it:

However, as Amazon's growth continues to threaten their future activities based on the current publishing model, the industry seems to be turning to consolidation to defend itself.”

So to sum it up: four huge publishing companies responsible for all the books published traditionally - does anyone else hear something creaking?

Does that revenue figure include all their holdings?

Also, amazon allows people to buy books they wouldn't normally have access to. They cut costs, but they also sell more copies. I haven't been convinced that Big Publishing is experiencing a net loss because of amazon. I am willing to be convinced. Anyone know of a good study or detailed claim made by the 5-or-6 which demonstrates (in actual numbers) how bad amazon is for them? I'd be interested to read it.