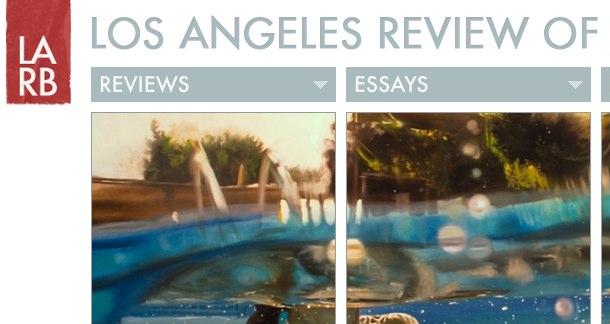 Just a month ago, Galleycat reported that the Los Angeles Review of Books had gotten in on a sizeable chunk of money designed to support the writing community. People were excited, because a.) it meant that the journal could pay its contributors, which is always nice, and b.) it would finally have a complete, functional site, after its initial launch in fall, 2011. My, what a difference a month makes.

Founder Tom Lutz and the team have already put the $25,000 grant to work, giving the site a major makeover and populating it with more awesome-looking content by notable writers than you can shake a stick at. Don't even try to read it all today--book mark it for the weekend. There's a lot of stuff there, from reviews to interviews and original writing, and it all looks great.

Initially designed to supplement the Sunday book inserts that newspapers across the country are slowing cutting out, the grant money and new look will definitely help the LARB achieve their goal to create an "encyclopedia of contemporary literary discussion." And so far, the reviews of the Review are quite positive. Just look at these Tweets.

Congrats to Lutz and his staff on creating a beautiful, functional, book-centric site. This is exciting.

yeah, i just applied for a job reviewing books there, didn't get it though. looks great.