The New Binge-Ability Of Books 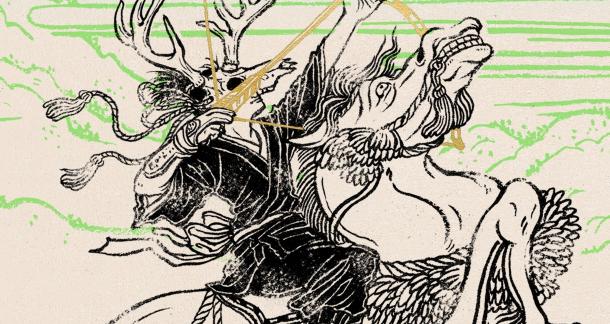 We've all made a weekend vanish by watching an entire TV series all at once, an act that's both beautiful and horrid.

Now, just in case you were seeing 20 minutes or more of sunshine every weekend, booksellers are experimenting with a similar binge-able model for books.

Farrar Straus and Giroux are putting out all four books in Lian Hearn's Tale of Shikanoko series within the span of six months, and with Jeff VanderMeer's Southern Reach trilogy from the same publisher, all three books came out inside of an eight-month stretch.

Publisher Sean McDonald explains the shift he saw in media consumption in the last few years:

... people were experimenting in episodic storytelling on TV and Netflix, at the same time as a lot of frustration with the Game of Thrones novels not coming out...There was a shift going on in how people thought about consuming content.

VanderMeer had written the first book in his trilogy when he became aware of the new publication idea, and he liked it enough to push out the second and third books and get everything published in the same year.

While VanderMeer wrote his trilogy with this publication schedule in mind, Hearn wrote her entire series first, and then she agreed to serial, quick turnaround publication, which she hopes will keep readers involved and caught up in the story's complex world.

What say you? Good idea? Bad idea? Works well for some kinds of stories, terribly for others?

There is a positive and negative. The reader who likes a series can just jump from one to the next with no pause. It's a wonderful idea and for a couple series I'm reading, Game of Thrones being one, it would be a great boon.

The negative is that I may shy away from a series if it looks like too big of a commitment. If I saw all 12, no, 13 books from Robert Jordan in his Wheel of Time series all lined up, each around 1,000 pages, I would immediately move on to something a bit more manageable. And of course the series only took 20 years and was only completed posthumously by Brandon Sanderson. The same could be said of R.A. Salvatore's Drizzt series, which continues to build. Or J.K. Rowling's Potter series.

I think the sweet spot would be around 3 - 6 books for any given series. Then there is the issue of the book becoming a success and the writer wanting to add to the series. But how would that be different from Netflix and the shows still in progress, like Criminal Minds and Bones and Law and Order SVU, and....

I think so long as it remains as an option, and not the standard, everything will be fine. But tell a writer, "Oh, we really like this book, finish the series and then we'll decide," and you may have a lot less serial editions to worry about.

Susan DeFreitas from Portland, OR is reading Your Heart Is a Muscle the Size of Your Fist by Sunil Yapa June 16, 2016 - 6:53pm

I think both genre fiction and the ebook format lend themselves especially well to bingabilty--I recently picked up something like 30 books from Small Beer Press for the princely sumof $15 from Humble Book Bundle and haven't seen much sunlight since.